Far Cry Primal has bagged Ubisoft their first number one of 2016. Itâ€™s the first Far Cry since the 2004 original to launch outside the usually busy Q4 period. How it has performed when compared to previous games in the franchise is unknown, though.

Chart-Track does however inform that sales of Plants vs Zombies: Garden Warfare 2 – which enters at #2 – were up 31% over the original. Helpfully, they’ve reminded us that its predecessor was a timed Xbox-exclusive. Weâ€™d totally forgotten all about that. 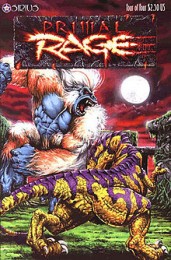 Incidentally, Far Cry Primal performed the strongest on PS4 whereas the Xbox One version of Garden Warfare 2 was the biggest selling.

FIFA 16 falls to #3 with sales down 38%, while last weekâ€™s chart topper Call of Duty: Black Ops III drops to #4 after a 51% dip in sales. We can likely attribute this to Amazon and Tesco putting the price back up – the PS4 version was recently available for Â£20 at both retailers.

3DS JRPG Bravely Second: End Layer was the only other new arrival in the top 40, entering at #12. It also takes the top spot in the 3DS chart, dislodging Pokemon Super Mystery Dungeon.