When the original Plants vs Zombies: Garden Warfare was announced it provoked a fair amount of eye-rolling. Like many, we expected a generic team-based shooter coated in PvZ decor. But what we received was far beyond that – a fun, accessible and well-balanced shooter with brilliantly designed maps. There was only one small downfall – it wasnâ€™t until all the (free!) DLC had been released that it felt fully-fledged.

EA has seemingly learnt by this, packing Garden Warfare 2 with content from the get-go. As you can see by our review round-up, critics found it to be bigger and better all-round – scores include 9/10 from Destructoid and 4/5 from GamesRadar. â€œWhether you’re on a detox from simulated man-murder, or simply seeking to sink into a fug of XP-fuelled dopamine hits, there’s a lot of fun to be hadâ€ said GR. 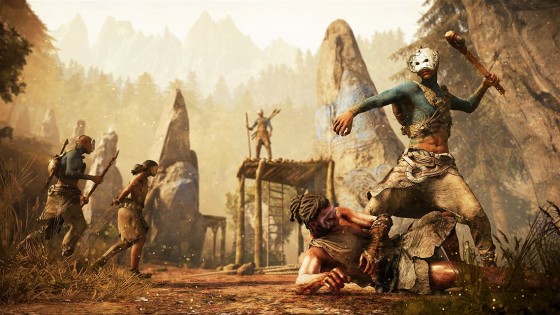 Far Cry Primal is the second big hitter of the week. There were concerns that it was going to be another Far Cry-lite spin-off in the vein of Blood Dragon, but reviewers have assured us this isnâ€™t the case – itâ€™s a full-blown Far Cry in terms of content. The lack of online co-op is saddening, but this and similar sacrifices do allow for a stronger single-player focus. â€œI donâ€™t want every Far Cry game from here on to trade bullets for arrows, motorcycles for tigers, but Primal is an invigorating example of how to reimagine a tired franchise while keeping its soul intactâ€ said Polygon.

Reviews of Bravely Second have been incredibly positive, with all kinds of superlatives bandied about. â€œFrom grind-happy obsessives, to those whose love for the genre might have lapsed, and are looking for something to bring them back, this a must-buy game for fans of Bravely Default, as well as anyone who loves JRPGâ€ said God is a Geek before handing out an 8.5. 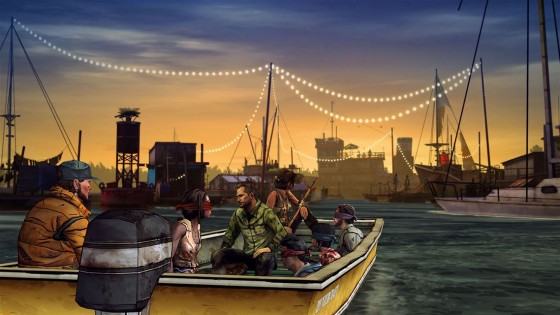 On Tuesday The Walking Dead: Michonne â€“ A Telltale Miniseries kicked things off on the download services. This three part series hasnâ€™t made the most favourable of first impressions however. â€œBecause it’s around half the size of a normal season, you’d expect this first episode to be dense, tight, full of things to say, and to leave you in suspense. It achieves none of those things. Instead, it just feels rushed and, despite its pace, it doesn’t really say anything at allâ€ claimed Digital Spy.

Unlike previous TWD games, episodes canâ€™t be purchased individually. Thereâ€™s no choice but to cough up Â£11.99 in good faith that TT can turn things around.

Wednesday then saw the release of the pixel-art shooter Reagan Gorbachev (Â£7.99) on Xbox One and time-altering platformer Replay: VHS is not dead (Â£7.99) on both PS4 and Xbox One. The critically acclaimed survival adventure The Flame in the Flood (Â£15.99) – which as arrived to a waft of 8/10s – is also available now on Xbox One, while the PS4 receives the one-hit arena battler Wondershot (Â£9.99). Despite being released on Xbox last week, weâ€™re still waiting on reviews. Not a good sign. 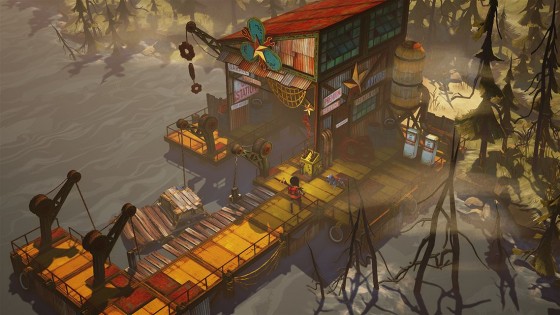 Hitman GO has a 20% discount for PS Plus members, bringing the price down to a pleasingly low Â£5.19. Donâ€™t let the fact that itâ€™s a mobile conversion put you off – itâ€™s a great little game in its own right.

This leaves us with Disneyâ€™s TRON RUN/r (Â£11.99), which is out now on PS4 but not due on Xbox One until 3rd March. Currently just two sites have given it the review treatment, in which it gained 4/5 from Hardcore Gamer and a mediocre 5/10 from Destructoid. The latter found it to be too bloated for its own good while the latter pointed out the price tag as an issue, but claimed that it â€œ offers the perfect sense of challenge for players with good reflexesâ€. Hopefully by the time the Xbox One version arrives a few more reviews will be available.

Next week: The Legend of Zelda: Twilight Princess HD (Wii U), Goat Simulator: The Bundle (Xbox One), The Witch and The Hundred Knight: Revival Edition (PS4), Mortal Kombat XL (PS4/Xbox One), Heavy Rain and Beyond Collection (PS4), Professional Farmer 2016 (PS4/Xbox One/PC – out Monday?), Screencheat (Xbox One) and TRON RUN/r (Xbox One).