We should note, however, that SFIV launched on three formats compared to SFVâ€™s two (PS4 and PC). 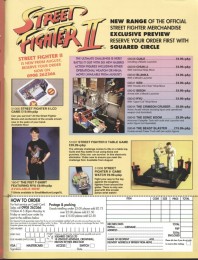 Capcom’s latest brawler has been met by critical acclaim. Fans on the other hand have been left feeling short-changed due to the lack of modes, features and stability of the online servers.

Call of Duty: Black Ops III remains on top for an 11th week, breaking a record in the process – no other CoD has claimed as many no.1s 2009â€™s Call of Duty: Modern Warfare 2 held the previous streak, with 9 consecutive weeks.

Incidentally, Who Wants to be a Millionaire retains the record for longest run at number one – a resounding 18 weeks back in the space year 2000.

Assassinâ€™s Creed Syndicate and Just Cause 3 meanwhile both departed the top ten this week.

After arriving at #19, Assassinâ€™s Creed Chronicles drops to #40 on its second week of release. Naruto Shippuden: Ultimate Ninja Storm 4 is on a swift descent too, dropping from #15 to #34. Dying Light: The Following also clings to the lower echelons of the chart, going from #28 to #35.