PokÃ©mon reaches its 20th anniversary this week. In celebration, the first three PokÃ©mon games – Blue, Red and Yellow – arrive on 3DS Virtual Console. Theyâ€™ll set you back Â£8.99 a piece.

We recommend PokÃ©mon Yellow over the other two – differences are few, but worthy, including redrawn sprites and additional splashes of colour. We doubt that the Surfing Pikachu mini-game will be accessible though, as this required the N64â€™s PokÃ©mon Stadium. You can however now trade Pokemon online in all three versions.

The Nintendo DSâ€™s PokÃ©mon Ranger meanwhile heads to Wii U VC, again at Â£8.99. Released in 2007, PokÃ©mon Ranger was another middling spin-off – reviewers were unimpressed by the lack of multiplayer and the decision to reuse sound-effects from the original games. Eurogamerâ€™s review is still up, in which is was handed a mediocre 5/10.

Three translucent coloured 2DSs, each with the corresponding PokÃ©mon game pre-installed, also launch this week. At Â£79.99 they seem a decent deal.

Another hit 8-bit series is making a comeback, this time in the form of Capcom’s Mega Man Legacy Collection. Featuring the first six NES Mega Man games, plus new Museum and Challenge modes, itâ€™s due on the 3DS eShop tomorrow (Tuesday) for a reasonable Â£11.99.

The 3DS also gets Nintendo’s anticipated Bravely Second: End Layer (Â£39.99 or Â£35.99 for users who downloaded the demo). Those who opt for this digital version are also entitled to a promotional costume pack.

Minimalistic platformer 6180 the moon (Â£3.59) and the rhythm-action adventure Inside My Radio (Â£12.99) meanwhile make the jump from Xbox One to Wii U. Both received a mixture of 6s, 7s and the odd 8/10 upon release. GameSpot in particular enjoyed Inside My Radio. â€œIf you’re wanting a game that is perfect for a chill evening where you want to relax with music and a video game, Inside My Radio is worth the spin,â€ they said. 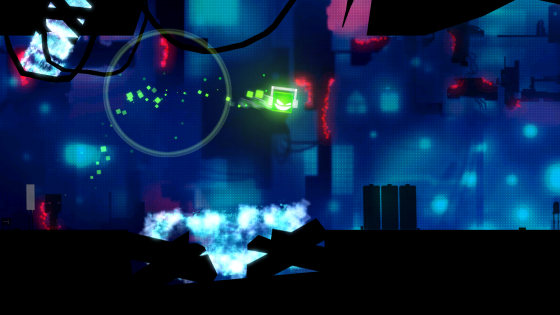 As for discounts, recent release Joeâ€™s Diner falls to Â£5.39 while SDK Paint (new demo also due Thursday) is slashed to Â£3.99. Then on 3DS Conception II: Children of the Seven Stars gets a cut to Â£7.40 (regular price Â£24.99), while Joindotsâ€™ Undead Bowling, Funfair Party Games, Crazy Construction and Jewel Match 3 can be had for Â£4.99 each.

Even with that hefty discount, mull over Conception II: Children of the Seven Stars long and hard – it arrived to a waft of 5/10s and 6/10s upon release.