With eleven new releases spread across Wii U and 3DS – twelve, if you count free indie radio portal Sense by Play.me on Wii U – itâ€™s a very busy week for the UK Nintendo eShop.

A Cube Life: Island Survival demo is due on Wii U too, along with a timely discount to Â£6.39. We guess sales have slumped now that Minecraft: Wii U Edition is out.

LEGO Marvel’s Avengers is out Friday, priced Â£39.99 on Wii U and Â£29.99 on 3DS. A season pass is also available on Wii U for Â£7.99. IGN reports that the 3DS version has the same open-world hub as on consoles, with no loading screens or such – a series first. Itâ€™s also pleasing to see the Wii U version launch the same day as other on consoles – LEGO Jurassic World was hit by an awkward delay. 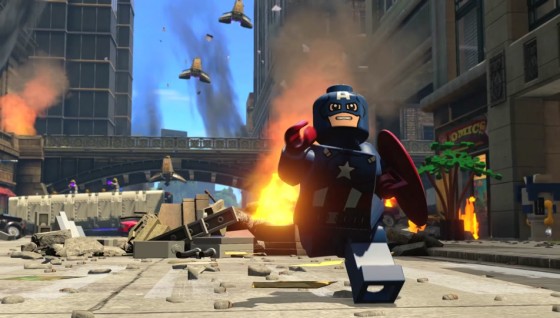 Final Fantasy Explorers is another new release arriving in both digital and physical forms. Although the Â£29.99 asking price for the digital release may seem reasonable on first glance, both GAME and Amazon have it to pre-order for Â£23.99. Reviews are yet to appear, but if the positive hands-on previews are to go by then itâ€™s worth investigating.

Presumably to tie-in with the release of Explorers, Final Fantasy Tactics Advance (Â£6.29) is also out on Wii U VC this week. As those who played the GBA original will testify, itâ€™s a very addictive and time-consuming experience.

The Wii U also gets co-op puzzle platformer Shadow Puppeteer (Â£13.49). You play as a boy and his shadow – the two were separated by a shadow puppeteer, and now must track down the titular villain by manipulating light to solve puzzles.

Thatâ€™s being joined by the Pictionary alike PictoParty (Â£7.00), and the comical office-set stealth romp Level 22: Garyâ€™s Misadventures (Â£6.29). Looks like that last one is set to hit Xbox One and PS4 any day now, too. 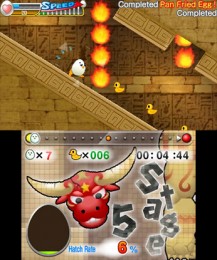 The self-explanatory Word Puzzles by POWGI (Â£7.99) is due on both Wii U and 3DS while Epic Word Search Collection (â‚¬7.99 – no word on UK pricing) heads to 3DS.

This leaves us with two more 3DS games: Arc System Worksâ€™ Family Fishing (Â£3.98) – an arcade-like affair in which itâ€™s possible to throw smoke bombs to hinder the opposition – and Runny Egg (Â£1.79), a 2D auto-runner…with an egg. By all accounts, itâ€™s a decent budget buy – it was given 8/10 from Nintendo Life and 7.5 from Nintendo Enthusiast.

As for discounts, a handful of Little Orbitâ€™s licensed games are due a price drop – including the better than expected Adventure Time: Finn and Jake Investigations for Â£15.99 – while Affordable Space Adventures becomes a tad more affordable, dropping to Â£11.80.