January continues to impress where new releases are concerned, with this week presenting us with two big name games – Assassin’s Creed Chronicles: India and indie darling The Banner Saga. We were expecting the console iterations of Gone Home too, but sadly they were hit with a last minute delay.

Assassin’s Creed Chronicles: India – the second game in Ubisoft’s 2.5D platforming mini-series – has been receiving mostly middling reviews, including 5.0 from GameInformer and 2.5/5 from GamesRadar. â€œOutside of the gorgeous, painted art style, it has few redeeming featuresâ€ said the former. A few gaming sites dished out slightly more positive reviews, but literally just a few. God is a Geek is one such site, awarding it a 7.5 while praising the art direction and replay value. 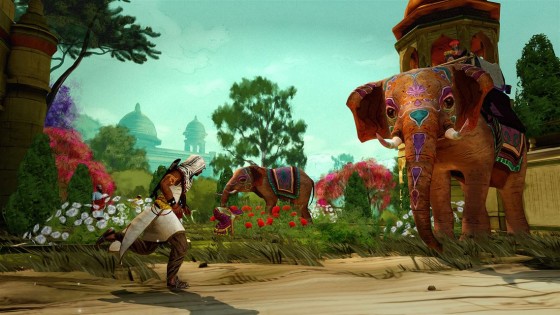 If youâ€™re curious about the Chronicles trilogy then bear in mind that a retail release is due next month on PS4, Xbox One and (drum roll, please) PS Vita.

Reviews for the luscious turn-based Viking role-player The Banner Saga – developed by ex-Bioware employees – are somewhat more positive. In fact, at the time of typing weâ€™re yet to see a review score lower than 8/10. â€œThe combat, while a little uneven difficulty-wise across the gameâ€™s campaign, nevertheless manages to hit the sweet spot between simple accessibility and strategic depthâ€ said PlayStation Lifestyle, who handed out a lofty 8.5.

2D sports sim Arcade Archives Super Dodge Ball (Â£5.79) also launches on PS4, as does sandbox puzzler Infinifactory (Â£18.99) which arrived to a positive reception from the PC posse. From the creators of SpaceChem and Infiniminer, it entails building 3D factories to assemble various products. PC Gamer in particular were smitten by it, awarding a staggering 93% before calling it one of the yearâ€™s best PC games. â€œIt’s that accessibility that makes Infinifactory special: not only is it clever, but it shares its cleverness with the playerâ€ they beamed. 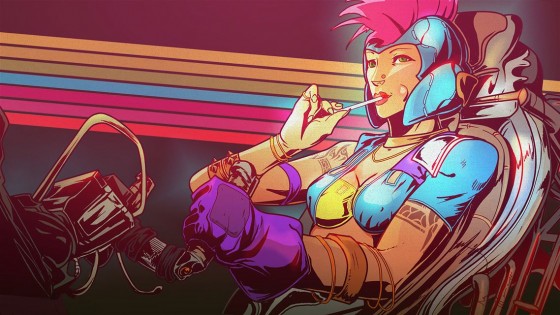 Rebel Galaxy (Â£15.99) meanwhile docks on both PS4 and Xbox One. This swashbuckling space adventure was very well-received on Steam, making that price tag a tad easier to swallow. IGN gave the PC version an 8.0 back in October. Currently there are no reviews of the console iterations; expect them to appear in due course. We hope it wonâ€™t slip into obscurity like Starpoint Gemini 2 before it.

This leaves us with Hyperdrive Massacre (Â£7.99) on Xbox One, a neon hued multiplayer shooter featuring space cadillacs…in space. The trailer can be found here. Looks like retro classics Asteroid, Thrust and Pong all rolled into one huge â€˜80s homage.