All signs point to publishers taking price point into consideration when planning releases for January, the thriftiest month of the year. The majority of games heading to retail this month are physical releases of previously digital-only titles. Cubot: The Complexity of Simplicity meanwhile arrived on Xbox One for a paltry Â£1.59, making it the cheapest game available for the console. Free to play games and Games with Gold freebies notwithstanding, of course.

Itâ€™s understandable to be wary about Cubotâ€™s price tag. This only made it all the more of a surprise when we discovered that itâ€™s actually pretty good. As the name suggests, itâ€™s a simple and straightforward puzzler. The idea is to move coloured blocks towards tiles of the same colour and, well, thatâ€™s it. Youâ€™d think something this simplistic would soon grow repetitive, but this isnâ€™t the case as new block types are introduced every eight puzzles. This is how the game is structured – ten levels with eight puzzles each, with the first in each stage acting as a tutorial to introduce the new block type. 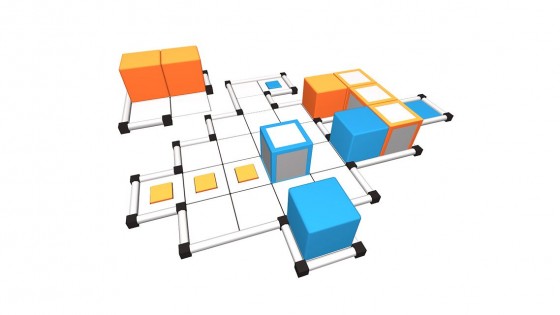 These vary from Autoblockers, which pop up out the ground to obstruct your path, to self-explanatory Teleporters. Itâ€™s during the introduction of the green blocks that the difficulty level rises significantly, as these blocks have purposely irksome reversed controls. As for the other blocks, red blocks roll two spaces at a time while orange blocks latch onto others. Colour swap icons make an appearance later on too; a perfectly timed appearance that stops any potential complacency, no less.

Cubot never comes across as cheap or lazily designed

A move counter is always visible, which assists in keeping track of progress – if the numbers turn red it means youâ€™ve gone past the minimum amount of moves to complete a level. The amount of moves required for the first few puzzles can be counted on one pair of hands, quickly increasing into double figures. If you find yourself in triple figures then itâ€™s probably (read: almost definitely) best to try again from scratch. Fortunately there is means of skipping particularly bothersome puzzles. One â€˜Cubitâ€™ is gained at the end of each successfully completed puzzle. Collect eight and a solution can be revealed.

Thereâ€™s a relaxed vibe present throughout. The music is calm and tranquil while the presentation is clean cut, complete with the occasional inspirational quote from the likes of Einstein between levels. The level design likewise helps to induce personality – one stage is titled Triforce and resembles the insignia from the Legend of Zelda series while another is titled Space Invaders, featuring a level layout shaped like the arcade classicâ€™s iconic aliens. Moreover, thereâ€™s no punishing time limit or anything of the sort. Youâ€™re free to keep on cube rolling until you finally beat a stage. 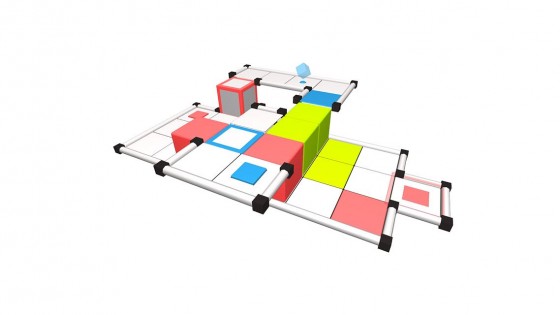 Unlike some games sporting minimalistic visuals, Cubot never comes across as cheap or lazily designed. This is a decent puzzler, which is something the Xbox Oneâ€™s library is hardly chock-a-block with. The later puzzles will test the skills of even those weaned on rock hard retro puzzlers such as Chipâ€™s Challenge and Boxxle.

Thereâ€™s a good two, possibly even three, eveningâ€™s worth of entertainment here (or an entire lazy Sunday afternoon gaming session, if you prefer) and all for a scant Â£1.59. The lack of replay value is negligible considering the price tag, although not basing the achievements around beating puzzles in the minimum amount of moves strikes us as a missed opportunity. 100G is simply awarded at the end of each level, and as such thereâ€™s no reason to return once the final puzzle has been beaten.

Forget about discounted selection boxes and half-price smellies in the January sales – Cubot: The Complexity of Simplicity is this monthâ€™s best bargain buy.