Itâ€™s a misconception that no major releases launch during January. This month sees the release of LEGO MARVEL’s Avengers, Sebastien Loeb Rally EVO, a couple of JRPGS, plus physical releases of Zombi, Life is Strange and more.

Why wasnâ€™t LEGO MARVEL’s Avengers released in time for Christmas, you ask? Weâ€™d wager it has something to do with Warner Bros. wanting to sell as many LEGO Dimensions add-on packs as possible over the festive period. Christmas money tends to burn holes in peopleâ€™s pockets, after all. 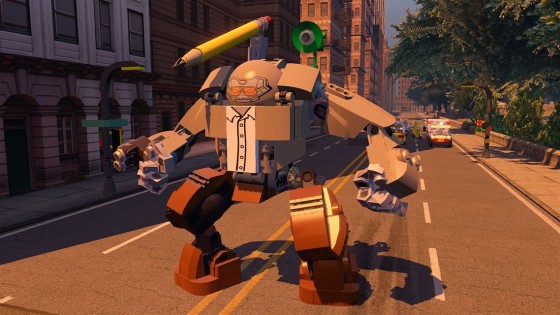 Word has it development on LEGO MARVEL’s Avengers was finished a while ago. Hopefully this means that the Wii U version wonâ€™t be as glitchy as previous Wii U LEGO games. Although we doubt that it’ll break new ground, LEGO Marvel Super Heroes became one of the highest rated LEGO games so more of the same won’t exactly be a bad thing. Itâ€™s out 29th January on all formats. We’ll post a review round-up once they go live.

Life is Strange comes packaged with an art book and soundtrack CD, which (partly) explains the inflated cost over the digital version. Resident Evil Origins Collection in comparison is bare boned – just Resident Evil HD and the upcoming Resident Evil 0 on a single disc. The latter is also due as a standalone digital release on PS4 and Xbox One. 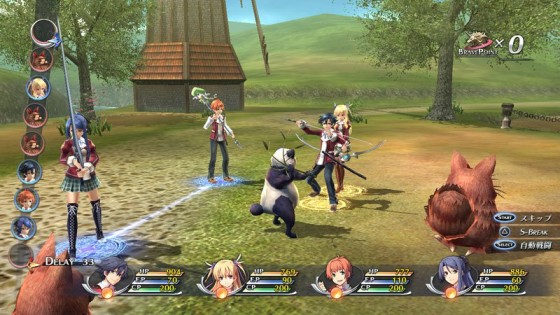 The 3DS also gets Final Fantasy Explorers. Early impressions suggest Square-Enixâ€™s cutesy handheld take on Monster Hunter is jolly good fun. â€œThereâ€™s plenty of content, customization and modes available, giving folks yet another reason to keep their 3DS charged and ready to go. Moreover, Explorers is looking to offer one of the most robust multiplayer experiences this side of Monster Hunterâ€ said Hardcore Gamer. RPG Site meanwhile claims it â€œfeels new and freshâ€.

Another JRPG making an appearance is The Legend of Heroes: Trails of Cold Steel, due 29th January on PS3 and PS Vita. It was released in the US last month and in Japan almost three years ago. Destructoid thought the US version was pretty good, giving it 7/10. â€œThe Legend of Heroes: Trails of Cold Steel follows a lot of classic JRPG conventions, and as a result, it doesn’t do a whole lot of things that haven’t been done before, and better elsewhere. But the combat system still holds up, and the characters are charming enough to see the story through until the endâ€, they said.

Then we have This War Of Mine: The Little Ones on PS4 and Xbox One, which is due as a download and as a physical release. Viewed through the eyes of a child, youâ€™re tasked with surviving inside a warzone. The threat of danger is near constant, with both food and medicine in short supply. The developer intentionally wants it to be a harrowing and disturbing experience. Could be one to watch.

Thatâ€™s being joined by off-road racer Sebastien Loeb Rally EVO, a demo of which is available on both PS4 and Xbox One. This video compares the Monte Carlo track between the recent WRC 5 and Sebastien Loeb Rally EVO. Not only does the latter look better but the use of the a co-pilot/driver is superior too. A few more details can be found here on the official site.

System 3â€™s Constructor HD is due for a January release too. Itâ€™s a revamp of a humorous city construction sim first released in 1997 via Acclaim. We recall it being moderately successful despite not receiving critical acclaim, no pun intended. Given the scores System 3â€™s Putty Squad remake received, we arenâ€™t expecting much from this. We also have an inkling that itâ€™s going to be delayed – press coverage has been far from forthcoming. 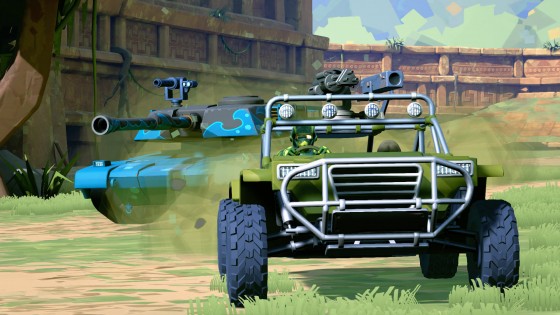 This leaves us with the monthâ€™s digital releases. The Xbox One is set to receive G Prime – an intergalactic â€œslingshot basedâ€ physics puzzler in which the trajectory of planets has to be taken into account – plus 2D pixel art platformer Electronic Super Joy and the abstract first-person shooter Lovely Planet. The PC version of Lovely Planet arrived to mixed reviews. Itâ€™s due out on Wii U at some point as well, incidentally.

Thereâ€™s also the upcoming Xbox One freebie Zheros, a sci-fi brawler that bares resemblance to the Ratchet & Clank series. We’ll more than likely give it the review treatment.

Lastly, the PS4 is due at least two new titles – the surprisingly colourful Hardware: Rivals – which has been compared to Rocket League, and is free with PS Plus – and the indie hit The Banner Saga, a viking-themed tactical role-player from ex-Bioware members. Sony are trying their best to get The Banner Saga enroute to PS Vita, even lending one of their own teams to help with development. Nice to see they haven’t entirely forgotten about the Vita.