We had a feeling this weekâ€™s UK Nintendo eShop update would be a quiet one. While it certainly is that, the weekâ€™s Virtual Console releases are bound to pique interest. 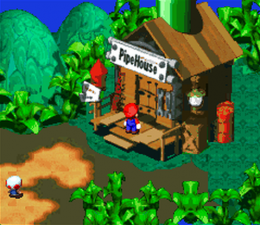 Both Super Mario RPG: Legend of the Seven Stars (Â£5.49) and Super Mario 64 DS (Â£8.99) arrive on the Wii U eShop this Thursday (Christmas Eve). Developed by Squaresoft and released in 1996, Super Mario RPG was the game that kickstarted Marioâ€™s role-playing career. Weâ€™d wager that a lot of UK gamers out there havenâ€™t experienced it before as it didnâ€™t grace European shores until it was made part of the Wiiâ€™s VC Hanabi Festival in 2008. While not one of Squaresoftâ€™s finest, especially from the 16-bit era, the Â£5.49 price tag makes it a very appealing proposition.

As for Super Mario 64 DS, youâ€™d be mad to play it over the N64 original. It was a game centred around analogue control – something the Nintendo DS lacked. The Wii U GamePad may rectify this, but still, itâ€™s far from being the definitive version. 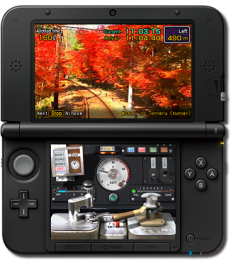 Over on 3DS it appears that almost entire back catalogues from Rising Star, Teyon and Circle Entertainment are reduced. Most have seen price drops before though. We recommend Conception II: Children of the Seven Stars (Â£7.40), Shin Megami Tensei: Devil Survivor Overclocked (Â£9.99), Shingeki no Kyojin: Humanity in Chains (Â£14.04), BIT.TRIP SAGA (Â£4.49), Virtue’s Last Reward (Â£9.99) and Harvest Moon: The Tale of Two Towns (Â£8.99).

Lord of Magna: Maiden Heaven also gets a cut to Â£17.49. As mentioned in our review though, it fails to grab your attention like a good RPG should. Capcomâ€™s Monster Hunter 4 Ultimate for Â£19.99 is a far more sensible purchase.