Last week Nintendo took the limelight with Xenoblade Chronicles X and Mario & Luigi: Paper Jam Bros. arriving on the eShop. This week itâ€™s time for the indie developers to shine.

On Wii U the eagerly awaited FAST Racing NEO (Â£10.99) is the undeniable highlight. Nintendo recently confessed that they havenâ€™t announced a new F-Zero as theyâ€™re unsure how to progress the franchise. FAST Racing NEO is looking like the next best thing; a super sleek racer with 60fps performance. We played it at EGX back September and were rather impressed. 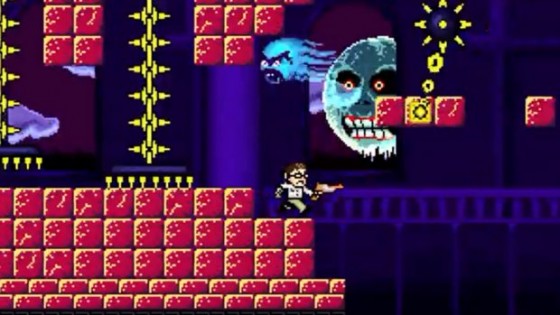 The Wii U also gets the 3D art studio VoxelMaker (Â£3.49) – think along the lines of a virtual Pixel Bricks/Nanoblocks set – and prehistoric trivial game Dinox (Â£4.49).

In addition to Angry Video Game Nerd Adventures, SteamWorld Heist (Â£11.99 until 31st December, Â£14.99 thereafter) graces 3DS. Set in the same universe as the much-loved SteamWorld Dig, this is another eagerly awaited title. Whereas SteamWorld Dig combined Mr. Driller and Super Metroid to good effect, SteamWorld Heist is something completely different – a turn-based 2D shooter with strategic elements. Itâ€™s merely set in the same universe; a universe filled with pleasingly goofy robots that wouldnâ€™t look out of place on Futurama. Weâ€™re hoping to have a review ready before it launches.

Also heading to 3DS: music creation tool Rytmik Ultimate (Â£15.99 or Â£8.99 for those with The Keep on the same Nintendo Network ID), interactive storybook thing Petit Novel Series – Harvest December (Â£9.19) and the allegedly middling 3D pixel-art RPG The Magic Hammer (Â£4.49). â€œThe Magic Hammer tries to emulate the best of them but misses the mark for being too simplified and repetitiveâ€ said Nintendo Life.

This leaves us with retail download Terraria (Â£16.99) on 3DS. Curiously, it appears the physical release isnâ€™t due out until February.

As for discounts, Atlusâ€™ Citizens of Earth falls to Â£4 on Wii U and 3DS while Shin Megami Tensei IV drops to Â£7.40. 8-bit influenced platformer Life of Pixel also gets a cut – until 9th January itâ€™ll only set you back Â£4.49. Plenty of time to mull it over.