Both are conversions. Grizzly scrolling brawler Rock Zombie was one of EnjoyUpâ€™s better Wii U eShop titles, although that really isnâ€™t saying much considering their games tend to be middling at best.

Having watched some footage itâ€™s evident that wooden animation and a tedious rock soundtrack are notable downfalls. Some may however find its retro-esque nature appealing. 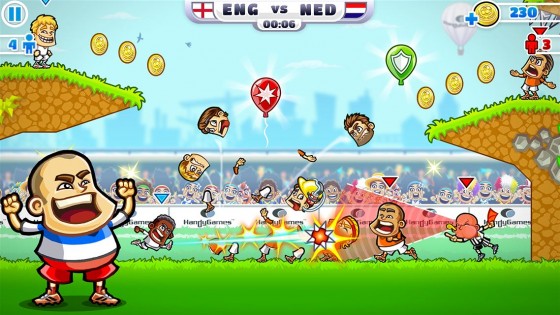 2D physics-based puzzler Super Party Sports: Football meanwhile is a mobile conversion from Handy Games. Price is currently unknown (looks like it hasn’t gone ‘live’ yet) but we imagine itâ€™ll be dirt cheap seeing itâ€™s a mere Â£1.49 on iTunes.

Users reviews on Google Play are mostly positive but how it fares on Xbox One remains to be seen. The fact that â€˜Rio Samba party soundsâ€™ is listed as a notable feature is rather worrying. Still, better that than a vuvuzela.