Typically we see big name releases launch at the end of the month, just in time for payday. December isnâ€™t your typical month though, and so the last of 2015â€™s big hitters are out this week ready to be purchased, wrapped up and placed under the Christmas tree.

With a bit of luck Just Cause 3 will have received a much needed patch before then. The PC version garnered decent reviews earlier this week – a mixture of 7s, 8s and 9s as seen here – but the PS4 and Xbox One versions are said to suffer from horrific loading times, frame rate drops and other irregularities. Thankfully thereâ€™s nothing inherently bad here – a patch can sort these problems out. 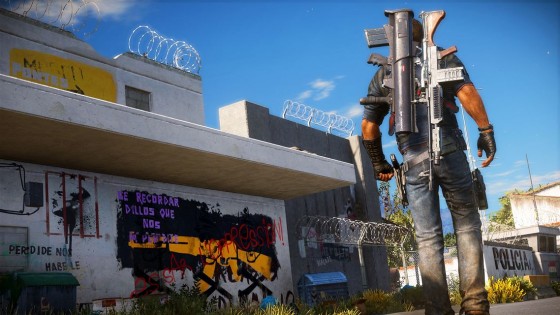 Reviews of Xenoblade Chronicles X – the Wii Uâ€™s big winter release, now that Zelda is 2016 bound – went live on Monday too. Monolithâ€™s open-world mecha JRPG arrived to a mixture of 9s, 8s and a few 7s. â€œA must-play for RPG fans with a Wii U. Xenoblade is also surprisingly accessible despite its complexities, so the curious should definitely give it a try. Mecha genre fans should not miss it under any circumstancesâ€ said The Escapist, who handed out one of the higher scores. Reviews would suggest that it has more than its fair share of problems, but most are easy to look past.

Mario & Luigi: Paper Jam Bros. also hits 3DS this Friday, and has likewise arrived to a positive reception. Weâ€™re rather relived by this as Nintendoâ€™s 3DS output has been lacking of late. In terms of quality, at least. Scores for the Mario & Luigi/Paper Mario crossover include 9.0 from God is a Geek, 4/5 from GamesRadar (â€œItâ€™s got a hilarious script, near-flawless battling, and bucketfuls of charmâ€) and an 8 from Videogamer. 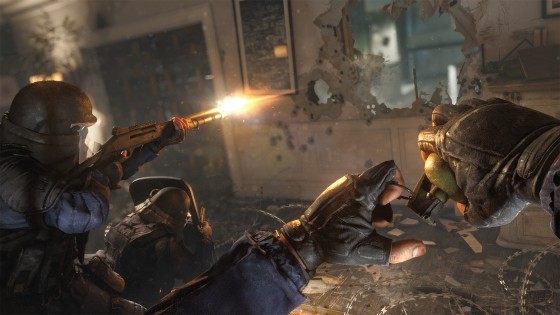 Then we have Tom Clancyâ€™s Rainbow Six Siege. Although reviews went live in time for its Tuesday launch, theyâ€™re very few in number. This has arguably lead to less coverage than Ubisoft was hoping for – it has had something of a muted launch. Scores have been mixed so far, varying from Destructoidâ€™s 8 to Slantâ€™s 3/5. â€œRainbow Six: Siege is a niche game, designed for hardcore players who’re part of a dedicated multiplayer community, and within that context, the game can be enjoyableâ€ they said. â€œBut as opposed to drop-in-and-play games like Team Fortress 2 or Battlefront, there’s no room here for handholding with solo playersâ€ they then warned.

Save for a physical release of GTA: San Andreas on PS3, Little Orbitâ€™s Kung Fu Panda: Showdown of Legendary Legends is the weekâ€™s final retail release. Weâ€™ve spent some time with the Xbox One version (thereâ€™s a trial available, complete with unlockable achievements) and soon discovered one thing holding it back from being a competent Smash Bros. clone – the collision detection is woeful, with characterâ€™s entire bodies mashing into one another. Itâ€™s a massive oversight. 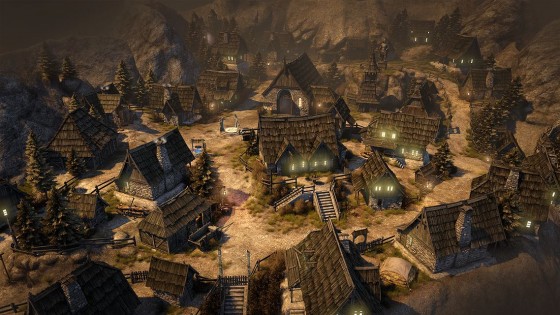 The Incredible Adventures of Van Helsing is another new release from this week that weâ€™ve been playing…and enjoying a tad more than Kung Fu Panda. Itâ€™s an incredibly brazen Diablo III clone – right down to the inventory system – but thereâ€™s a notable degree of competency about it. Itâ€™s currently free on Xbox One, although there is a slight catch – only one character class is available for nowt; the other two are additional IAPs. That’s a little cheeky.

After launching on Xbox 360 almost a year ago and PC way before that, Activisionâ€™s online battler Chivalry: Medieval Warfare is now out on Xbox One (Â£15.99) and PS4 (Â£14.99). General consensus has it that itâ€™s dumb but fun. The PS4 also gets Arcade Archives MAGMAX (Â£7.99) while music festival sim BigFest (Â£7.99) launches on PS Vita. If the trailer below is to go by, it has all the hallmarks of a cult classic:

Next week: The Sims 4: Get Together (PC), Starwhal (Xbox One) and probably a few more digital releases.