The Official UK PlayStation Magazine achieved miraculous things for Future Publishing, with one issue in particular – issue #42, which came with a playable Metal Gear Solid demo – selling over 450,000 copies. 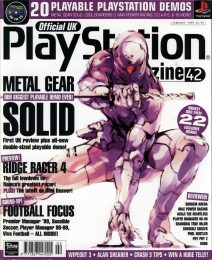 The monthly publication ran from November 1995 until March 2004, even sitting alongside The Official PlayStation 2 Magazine on newsagentâ€™s shelves for a number of years. Amusingly, this caused a few letters of complaint from PS2 owners who mistakenly picked up the wrong magazine, claiming that theyâ€™d â€œwasted a fiverâ€ and that Future should make it clearer it was dedicated to PSone, not PS2. Youâ€™d think the front cover would be the giveaway – later issues featured images of the PSone and the original PlayStation in the top right corner to prevent potential confusion.

Another reader also wrote in to complain that one issue featured Crash Bandicoot on the cover, yet there was nothing about a new Crash game inside. That cover feature? A look at the PSoneâ€™s greatest games of all-time.

Towards the end of the PSone’s life new releases started to become thin on the ground, prompting the writers to fill pages with features such as the above instead of usual reviews and previews. During one quiet month the budget price re-release of James Pond 2: Robocod even managed to take the cover. By the time the final issue rolled around it was painfully evident that the PSone was on its deathbed. Just two new titles were reviewed – budget games Ford Truck Racing and XS Junior League Soccer, which was described as being â€œeasier than Jordanâ€. New demos were scarcer still, sometimes two or three issues apart. 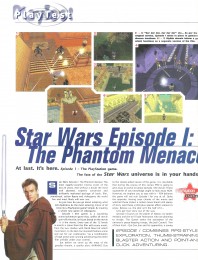 We can only speculate figures for OPMâ€™s twilight years, but we imagine that they were moderately healthy for Future to keep it going for such a long time. The Official PlayStation 2 Magazine, in comparison, ended in 2008 despite a fair few releases still in the pipeline. Apparently it was becoming frustratingly difficult to acquire screenshots and preview code of PS2 releases from publishers.

Like OPSM2, OPM (nÃ©e PSM) was geared more towards younger gamers in its final days, such was the current demographic. This didnâ€™t stop the writers from sneaking in a few lewd jokes however, making it an enjoyable read. They had no qualms about dishing out 1/10 review scores either, with many Midas Interactive and Phoenix Games titles garnering this score. On the other hand, the magazine had something of a reputation for penning exceedingly positive reviews – particularly during its heyday – with all five Tomb Raider games gaining perfect 10/10s. Yes, even The Last Revelation and Chronicles.

Star Wars: The Phantom Menace was another game that gained an overwhelmingly positive review, resulting in an unexpected 9/10. This review ultimately damaged the magazineâ€™s credibility, as it was later revealed that staff members were whisked off to Skywalker Ranch prior to the magazine hitting newsstands. An all-expenses paid trip, no doubt. Some fifteen years on, grease palming is still a major issue within gaming industry. 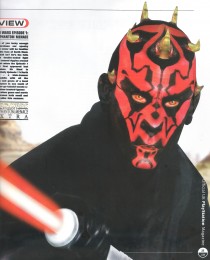 And so, issue #46 was a celebration of all things Star Wars, with four different collectible covers, a six page look at the then anticipated movie, a round-up of Star Wars merchandise, an exclusive five page Phantom Menace review and – oddly – a single page simply displaying a render of a rather gaunt Darth Maul.

In their defence, OPM werenâ€™t the only ones caught up in Episode 1 hype – even lifestyle mags had features dedicated to the eagerly awaited movie. Star Wars sells magazines, and continues to do so.

Although not a duffer of Bubsy 3D proportions, The Phantom Menace gained mostly mediocre scores in other publications. This made OPMâ€™s 9/10 stick out like Jabba the Hutt partaking in a swimsuit contest. The top-down perspective was the biggest downfall by far, frequently obscuring the playerâ€™s view and making platform jumping difficult. There were some incredibly bizarre liberties taken with the license too, including a scene where Qui-Gon Jinn and Obi Wan get behind a gun turret and open fire on Jawas.

OPMâ€™s review begun by informing that The Phantom Menace is a â€œwhole new genre of videogameâ€ due to being an action/adventure hybrid. They praised it for following the filmâ€™s plot closely, with all 12 levels re-enacting scenes and events from its silver-screen counterpart. The next seven paragraphs then talked about the plot – throwing in a spoiler alert along the way – and the features of each key location, from the â€œmean streetsâ€ of Mos Espa to the swamps of Naboo. A few paragraphs then detailed the controls in oddly acute detail, along with the range of attacks and weapons, before praising the gameâ€™s visuals and audio. Despite only featuring the vocal talents of Ahmed Best (Jar Jar Binks) and Anakin (Jake Lloyd) the reviewer defied anybody to notice the difference between original actors and the soundalikes.

â€œUltimately Star Wars Episode I: The Phantom Menace is a triumph. It is the most thorough, most accurate conversion of a film game ever, ever conceivedâ€ they mooted. â€œWith both movie and game in tandem, Episode Iâ€™s Force will be with you. Alwaysâ€ came their conclusion, before handing out a lofty 9/10. In the breakdown panel it was given 8 for graphics, 9 for gameplay (â€œActually be part of the movie. Reallyâ€) and 9 for lifespan due to being â€œnicely tricky in placesâ€. 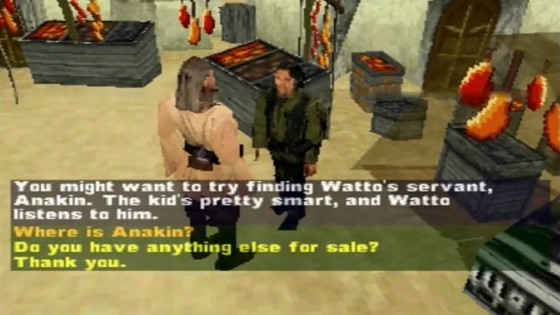 Wikipedia reports that The Phantom Menace gained a best-seller (Platinum) re-release exclusively in the UK. We wonder if OPMâ€™s 9/10 review score played a part in this. Itâ€™s impossible to doubt that many gamers were duped into buying it considering no other reviews were around at the time. Somewhat conveniently, a playable demo didnâ€™t appear on the cover disk until issue #48 – two months later.

Weâ€™re going to go out on a limb here and say that the demo disk inlay was the last thing to be written before putting this issue to bed.