Even with less hype and fanfare surrounding this yearâ€™s Call of Duty, it would seem that only one publisher is willing to go up against Activisionâ€™s juggernaut. That publisher is EA with Need for Speed – one of just two big name games out this week.

Reviews of Need for Speed started to surface earlier this week and have been incredibly mixed so far – everything from US Gamerâ€™s 4.5/5 to VideoGamerâ€™s 5/10, with plenty of 6/10s sandwiched between. 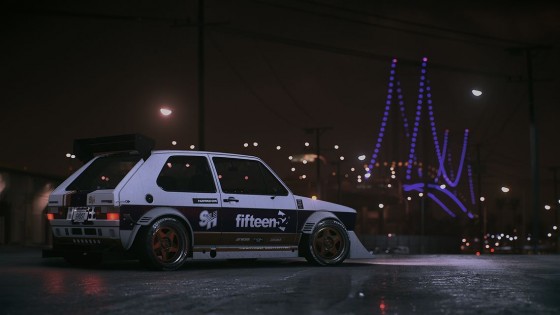 General consensus has it that itâ€™s merely adequate – even top scorer US Gamer described it as â€œsimpleâ€ and â€œstraightforwardâ€ in their review. Most critics do seem to agree that it has a decent enough foundation to build on though, and that the series is heading in the right direction.

At the time of typing the Call of Duty: Black Ops III embargo is yet to lift. Weâ€™re aiming to bring you a review round-up once they start to trickle through. We suggest approaching the last-gen versions with caution though as it sounds like Activision hasnâ€™t put in any significant effort. Thereâ€™s no campaign, the weapon paint shop and eSports tools arenâ€™t making the cut and the frame rate has been set to scale between 30 and 60 frames per second, instead of a near constant 60fps like before. Moreover, the PS3 version looks laughably poor in terms of visuals – those who received their copies early and were shocked by how bad it looks, sharing streams and images online for others to gawk at.

We would say that Activision throwing a download code for the first Black Ops in the box compensates somewhat, but itâ€™s likely that most CoD fans already own the original.

Because weâ€™re into November and Christmas is nearing thereâ€™s a whole bunch of games aimed at the younger generation also out this week. Specifically, Hello Kitty and The Apron of Magic Rhythm Cooking (3DS), Hello Kitty: Kruisers (Wii U), Peanuts Movie: Snoopy’s Grand Adventure (everything), Adventure Time: Finn and Jake Investigations (ditto) and Phineas and Ferb: Day of Doofensmirtz (PS Vita). Out of these, the only one we can vouch for is the Adventure Time tie-in. Reviews went live last week ahead of its US release and were mostly positive, including a fair few 7/10s. 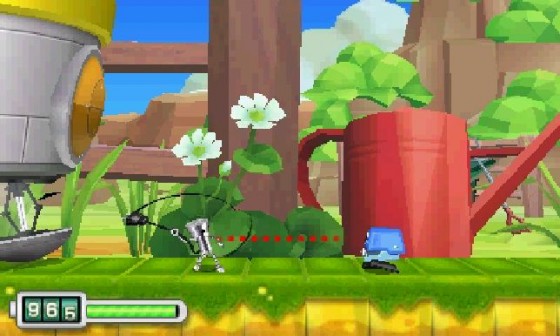 Reviews of Chibi-Robo! Zip Lash have been less positive. Yes, even less positive than a cartoon licensed game. As mentioned in our weekly eShop round-up, scores so far include 4/10 from GameSpot, 2.5/5 from US Gamer and 6.5 from God is a Geek.

Since then it has also received a miserable 4/10 from The Metro. â€œDespite the name this lacks any kind of zip at all, in what may be the most mundane and unexciting platformer Nintendo has ever put their name toâ€ they said.

Persona 4: Dancing All Night appears to be the only other new retail release. Itâ€™s a story-driven music game set after the events of Persona 4 Arena Ultimax. Regrettably, it’s another with mixed reviews. GameSpot and Brash Games werenâ€™t impressed, handing out mediocre 5/10s, while both Polygon and EGM gave it an 8.5.

Unless the Xbox One receives a surprise game (or two) on Friday it appears that itâ€™s a quiet week on the Xbox Store. The same canâ€™t be said for PSN. New PS Plus freebie Dragon Fin Soup heads to PS4, PS Vita and PS3 while the PS4 also gets Arcade Archives NOVA2001 (Â£7.99), pixelated parallax platformer Poncho (Â£11.99) and Air Conflicts: Pacific Carriers â€“ PlayStation 4 Edition (Â£34.99).

Then on PS3 thereâ€™s River City Super Sports Challenge: All Star Special (Â£19.99) – based on the cult classic River City Ransom series – while the PS Vita sees the release of the nonsensically titled visual novel Norn9: Var Commons (Â£28.99) and the bank heist-based arcade action game Fat City (Â£18.99). That last one comes from Heavy Iron, a studio that made many Disney/Pixar tie-ins back in the day. If you can look past the bank breaking price tag itâ€™s apparently well worth a look.