This weekâ€™s Nintendo eShop line up isn’t one to yell about from the roof tops. That said, it isnâ€™t exactly a write-off either. Maybe talk quietly about it amongst your friends.

This indifference comes from the fact that eight of the weekâ€™s releases are retail downloads. Theyâ€™re priced reasonably enough though, with prices almost identical to their physical counterparts.

The Wii U gets the apparently good Adventure Time: Finn & Jake Investigations (Â£24.99), Activisionâ€™s rather dated looking The Peanuts Movie: Snoopy’s Grand Adventure (Â£29.99) and the terrible Hello Kitty Kruisers (Â£24.99) – a game that launched in the US back in 2014 and in Japan way before that. 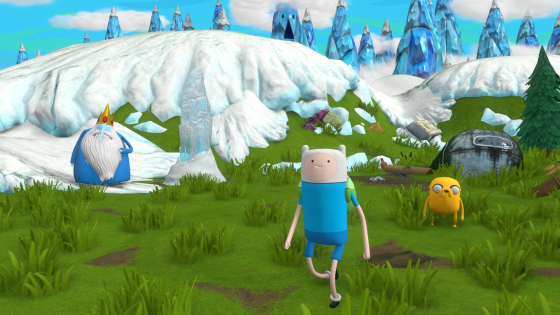 The 3DS eShop meanwhile is also due the release of the new Adventure Time and Peanuts Movie tie-ins on Friday (same prices as the Wii U versions) plus Gravity Falls: Legend of the Gnome Gemulets (Â£19.99), Hello Kitty and the Apron of Magic: Rhythm Cooking (Â£24.99) and the slightly rusty Chibi-Robo!: Zip Lash (Â£24.99).

We have a feeling that weâ€™re going to have more fun with the Chibi-Robo amiibo than the game itself. Scores so far include 4/10 from GameSpot, 2.5/5 from US Gamer and 6.5 from God is a Geek. “Ten years on, even with the aesthetically wonderful amiibo that can be purchased with this game, it’s hard to see how the titular Chibi is suddenly going to become a wildly popular player in the Nintendo universe based upon his exploits here” they said.

We had mildly high expectations for Gravity Falls too. Nintendo Lifeâ€™s 4/10 review reminds us that we should never get our hopes up when cartoon licenses are involved. 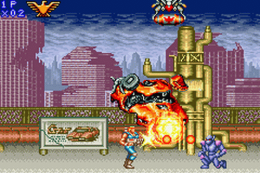 The weekâ€™s Virtual Console releases – a trio of GBA conversions – might be of note to some too, all of which are for Wii U. They are Contra Advance: The Alien Wars EX (Â£6.29) – a handheld iteration of Contra III: The Alien Wars with a rebalanced arsenal – Medabots AX: Metabee & Rokusho (Â£6.29 each) and Megaman Battle Network 5 Team: Colonel & Protoman (Â£6.29 each).

This leaves us with a handful of new 3DS demos (specifically New Style Boutique 2 – Fashion Forward, Battleminer and The Legend of Dark Witch) plus a small smattering of discounts. On Wii U most of EnjoyUpâ€™s games are down in price yet again while the very good Nano Assault Neo falls to Â£6.70. Then on 3DS the well-received Siesta Fiesta falls to 99p until 12th November. With a 81% Metacritic behind it, thatâ€™ll be a quid well spent.