Assassinâ€™s Creed Syndicate has managed to dislodge FIFA 16 from the UK chartâ€™s top spot but we doubt Ubisoft are popping champagne corks just yet. Itâ€™s the slowest selling major AC game to date. 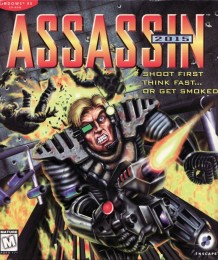 We know it has beaten sales of 2014’s last-gen AC Rogue – and quite possibly Revelations – but it has obviously struggled to outperform the numbered AC titles. Franchise fatigue is likely to blame, plus a more wary fanbase after the disastrous AC: Unity launch. Syndicate also released on a Friday instead of a Tuesday, giving it just three days on sale.

Reviews of Syndicate have mostly been pretty good however and as such sales might pick up once word of mouth spreads.

The same applies to Ubisoftâ€™s own Just Dance 2016, which makes #19 this week. The Just Dance games always have a much better second week than the first.

FIFA 16 falls to #2 and then at #3 itâ€™s the far better than expected Guitar Hero Live. Sales were up 24.3% over Guitar Hero: Warriors of Rock – the last entry in the series. Rock Band 4 is still absent from the chart, incidentally.

Positions #4 and #5 are filled by Uncharted: The Nathan Drake Collection and GTA V respectively.

We have to look outside the top ten for the next new arrival – Zelda: Tri Force Heroes at #11.

Watch_Dogs meanwhile re-enters the top 40 at #12 which is apparently down to being thrown in with PS4 console bundles. Thatâ€™s one way of getting rid of surplus copies.