A Telltale series involving the time-travelling antics of the ever likeable Marty McFly is an enticing proposition, many would admit. Before donning Martyâ€™s curiously tasteful orange body warmer though itâ€™s worth bearing in mind that this series harks back to 2010 – a time when Telltale was still perfecting their storytelling craft. See also: their often forgotten Jurassic Park adventure from 2011.

The vastly more assessable The Walking Dead – the series that arguably put Telltale on the map – was still a couple of years away. Back to the Future is a little bloated and clunky in comparison to the streamlined experience that The Walking Dead offered, yet itâ€™s still evident that Telltale knew what made a good adventure game tick. Likeable characters, witty dialogue and puzzles powered by the kind of logic that would only ever work in a video game – BTTF nails these fundamentals, if nothing else. 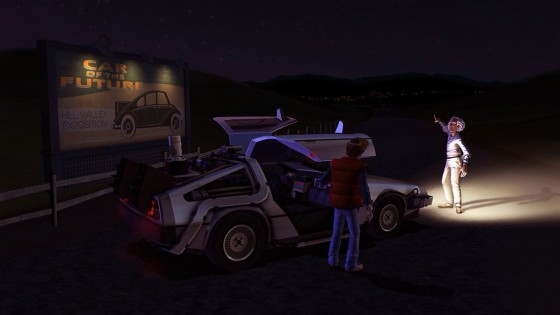 Set after the events of the movie trilogy, the story is spread across five chapters lasting around 3 hours each. Doc Brown travels back to Hill Valley in 1931 and soon lands himself in prison for a crime he didnâ€™t commit, prompting Marty McFly to come to his rescue. Hill Valley is in prohibition, and it soon transpires that Martyâ€™s grandpa is having problems with the mobsters running the townâ€™s speakeasy, fronted by a ramshackle soup kitchen. The opening chapter also introduces us to a much younger Emmet Brown, whom Marty must convince to give up studying law and become a great inventor.

Weâ€™re also introduced to Edna – one of the main characters, and easily the most complex. Initially she comes across as having pure intentions, helping the townâ€™s drunks become sober, but soon emergences to be something of a meddlesome ratbag. Introducing Doc Brown to Edna is something Marty quickly regrets – the third chapter is based around the consequences of doing so, while the fourth entails breaking the two young lovebirds apart in a humorous fashion. The first two chapters are much of a muchness, aside the ability to enter the speakeasy in the second – an event that introduces us to the glamorous Trixie, a singer who later presents the townâ€™s first ever science expo. 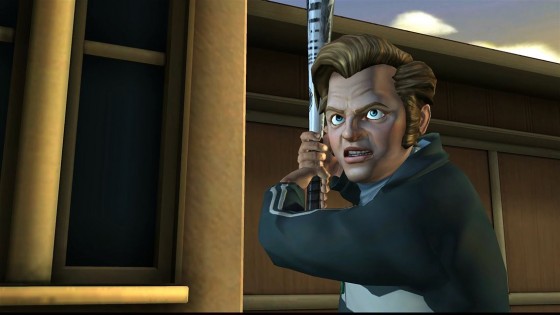 Many faces are re-occurring, in fact, which is probably down to Telltale having a far smaller budget for voice actors back in 2010. Generally though the vocal work is admirable, with Christopher Lloyd himself reprising the role of Doc Brown. Thereâ€™s no condemning that. We canâ€™t be quite as positive about the visuals, sadly. The character models hold up reasonably well and the lip-synching is passable but the environments are rather angular and sterile and we also came across a few weird graphical glitches during cut-scenes. Thereâ€™s a notable lack of NPCs too as no matter what era Marty travels to Hill Valley resembles a ghost town. Usually the only people present are the ones focal to the plot.

At least the third chapter is anything but lazy in terms of design, as in this alternative timeline Hill Valley has been turned into a â€˜nanny stateâ€™ – the town hall has become a correctional facility while CCTV cameras watch your every move. Martyâ€™s task here is to break as many of the petty laws possible just to get inside the facility, which proves to be one of the more memorable moments. The chapter as a whole is a bit farfetched, even by BTTF standards, but it does at least standout from the rest.

By the time the final chapter was drawing to an end we did start to feel a little fatigued. Telltaleâ€™s modern day adventures simply grab your hand gently and lead you through an interactive story, occasionally prompting a dialogue choice or an unexpected QTE. BTTF is much more traditional in design, resembling a good old fashion point and click adventure. Speak to a character and itâ€™s not uncommon to be faced with five or six dialogue options, instead of just two or three. Sometimes progression is a simple case of asking the right person the right question, and this can grow laborious. 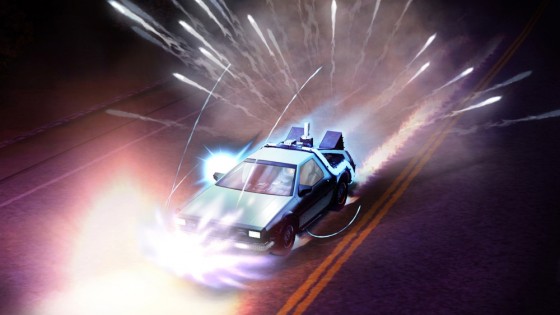 Other times itâ€™s necessary to rummage around Martyâ€™s inventory of seemingly random junk to find the right tool for the job. Fortunately there is a hint system in place to prevent any potential frustration. The first couple of hints are either cryptic or subtle while the final hint usually informs exactly what you have to do. That said, itâ€™s not hard to imagine some players having to consult GameFAQs or YouTube to crack some of the more elaborate puzzles. Achievement/trophy hunters may have to look online for solutions too as many are missable. This does at least give BTTF some extended replay value, which is something that Telltaleâ€™s modern adventures are often lacking.

Ultimately, this is BTTF all over – what it lacks in some areas it makes up for in others. This is more of a leisurely stroll when compared to the rollercoaster ride of twists and turns we have come to expect in a Telltale adventure. You donâ€™t have to take a trip in a DeLorean to know that after BTTF: The Game was released the studio moved onto bigger and better things.