This Friday sees the return of one of the biggest franchises around – Assassin’s Creed. Wisely, Ubisoft has ditched multiplayer in favour of bringing Assassin’s Creed Syndicateâ€™s single-player mode back to the glory days of Assassinâ€™s Creed II – often referred to as a defining moment in the series.

Although we donâ€™t doubt that itâ€™ll fare better than last yearâ€™s sloppy and almost universally disliked AC: Unity, it still may not be the glorious reinvention that the series desperately needs. We hope to bring you a review round-up once the embargo lifts. (Update: it’s here). 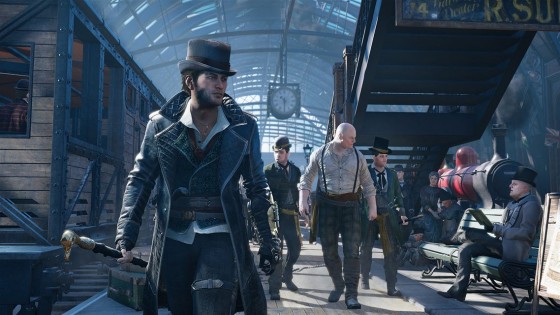 Speaking of embargos, reviews of The Legend of Zelda: Tri Force Heroes are starting to surface and, well, they arenâ€™t as glowing as some may have expected. GameSpot handed out a mediocre 5/10 (â€œTri Force Heroes offers us the means to work together, but not enough reason to do soâ€) while EGM gave it an only marginly better 6/10. â€œTri Force Heroes is a Zelda game in name only. When you dig just past the surface, poor gameplay mechanics and key missing elements for a Zelda title tarnish what is otherwise a serviceable adventure gameâ€ they said, damningly.

Even some of the Nintendo sites were left feeling a disappointed with Linkâ€™s latest, such as Nintendo Life who also dished out a 6. â€œ Tri Force Heroes isn’t a bad game, but it’s not on the same level as its illustrious predecessorsâ€ they said.

IGN found much to enjoy however, giving it an 8.5. The Metro enjoyed it too, although they did warn that the single-player mode â€œis no funâ€ and that â€œthe online makes communication difficultâ€.

We have a feeling that Chibi-Robo! Zip Lash – another one of Nintendoâ€™s big Christmas games – could end up facing a mixed reception as well. 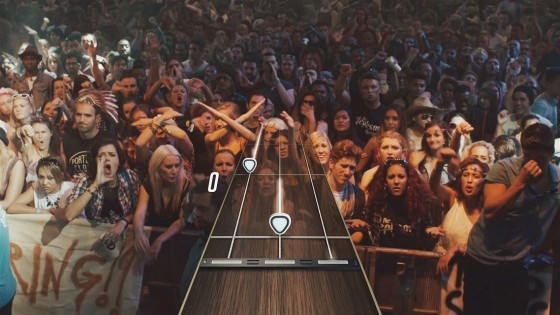 From mild disappointment to surprise greatness – Guitar Hero Live sees the franchise bounce back with a bang, with scores including 9.5 from Destructoid, 9.0 from God is a Geek and 9/10 from Polygon. IGN wasnâ€™t quite as enthusiastic though, giving it 7.9: â€œGuitar Hero Live might not return the series to the heights of its heyday, but itâ€™s definitely the freshest and boldest Guitar Hero game in a very long timeâ€. Most reviews were surprised to find that the FMV backdrops actually work really well. How quick we all were to write that feature off. 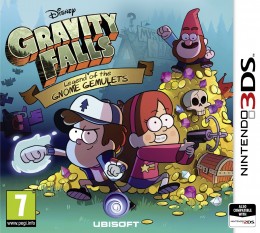 Sticking with the musical theme for a moment, this week also sees the release of Just Dance 2016 – out on everything, even the Wii – Just Dance Disney 2 (which is eluding the PlayStation formats, oddly) and Now That’s What I Call Sing (PS4 and Xbox One only). Now Thatâ€™s What I Call Sing is hitting the download services for Â£24.99 but bear in mind that a microphone is required. Letâ€™s Sing 2016 is also due on PS4 this week, via PSN, for Â£39.99. Itâ€™s a sequel to a former Wii-exclusive that pretty much went under everybodyâ€™s radar. We hadnâ€™t even heard of it until now.

Tri Force Heroes isnâ€™t the only new 3DS game out this week – Ubisoftâ€™s Gravity Falls: Legend of the Gnome Gemulets is out as well. It uses the UbiArt Framework engine that powered the likes of Valiant Hearts and Rayman Legends. Weâ€™re mildly confident about this one, and thatâ€™s despite the Â£20 price tag. The PS Vita meanwhile gets the anime horror adventure Corpse Party: Blood Drive and Space Hulk – a belated conversion of Full Controlâ€™s reasonably well-received strategic board game. That last one is available on PS3 too.

This leaves us with Air Conflicts: Pacific Carriers (PS4) – the latest in a series that has never managed to get off the ground – and Hasbro Family Fun Pack (PS4/Xbox One) which includes Risk, Boggle, Monopoly Plus and Trivial Pursuit Live – five games that were released singularly on the download services. 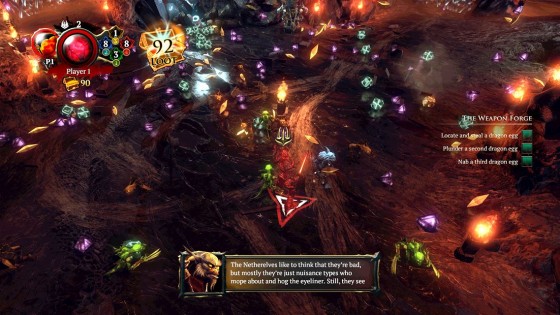 With both Codemasterâ€™s Overlord: Fellowship of Evil and PC conversion Forced available now, Xbox One and PS4 owners are well catered for action RPGs currently. Overlord leaves behind the third-person perspective from its predecessors in favour of a top-down view. Alas, itâ€™s another thatâ€™s review shy despite launching earlier this week. We arenâ€™t too impressed with the price difference between formats either – Â£14.99 on Xbox One and Â£17.99 on PS4. Reviews of Forced were positive when it launched on PC, but it might be worth bearing in mind that was over two years ago. 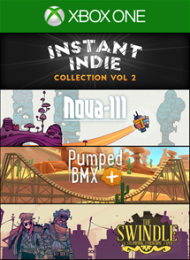 The PS4 also gets Arcade Archives A-JAX (Â£7.99), Laserlife (Â£11.49) and the invitingly colourful 2D brawler SkyScrappers (Â£17.99) while Code: Realize Guardian of Rebirth (Â£28.99) and BlazBlue Chronophantasma Extend (Â£34.99) head to PS Vita. The PlayStation Blog has the skinny on SkyScrappers, including a trailer and a developer interview.

Hot on the heels of last week’s double-whammy of Back to the Future and Minecraft: Story Mode comes another double dose of episodic adventures – the final chapters of both Life is Strange and Tales from the Borderlands. Both contain shocks aplenty, apparently.

Finally, Xbox One and PS4 both see the release of Curve Digitalâ€™s Instant Indie Collection: Vol. 2 which includes Nova III, Pumped BMX + and The Swindle for a not too shabby Â£19.99. They aren’t Curve Digitial’s finest moments but you certainly can’t knock this collection for variety.