Two new Telltale games in one week? What madness is this? No madness here, squire – just Telltale exercising the right to exploit their back catalogue. There are two Just Dance games out next week though. Now that is madness.

Telltaleâ€™s Minecraft: Story Mode and Back to the Future: The Game both launched on Wednesday. Five part adventure Back to the Future made its first appearance on PC, Wii and PlayStation 3 back in 2010 to good, but not great, reviews. With the notorious â€˜Back to the Future Dayâ€™ almost upon us it has been dusted off in a timely fashion with a new behind the scenes video and a HD sheen. That seems to be it for improvements. Expect to pay Â£19.99 in both physical and digital form. Itâ€™s a GAME exclusive in the UK, incidentally.

Reviews of Minecraft: Story Mode are starting to trickle through now, including an 8.0 from Polygon and 7.3 from IGN. The Metro meanwhile gave it a 7. â€œAn extremely slow start to Minecraftâ€™s first story adventure, but itâ€™s a game made with a clear love for the original and is bound to please most younger fansâ€ they said. 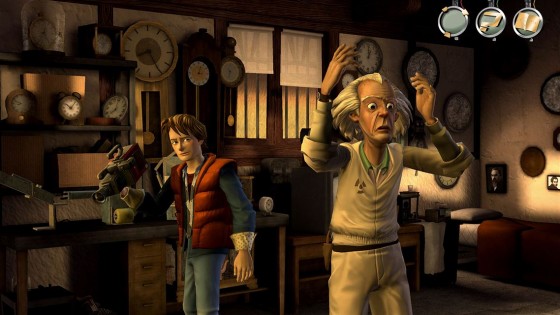 WRC 5 FIA World Rally Championship reviews are harder to come by, despite it launching Tuesday. Itâ€™s from the studio behind the terrible Motorcycle Club and the almost unplayable The Cursed Crusade, which might explain why it has been kept out of reviewerâ€™s hands. Itâ€™s out on just about everything – last-gen, current-gen and even PS Vita. We suggest approaching with caution.

Goosebumps: The Game is another thatâ€™s review shy. This first-person point â€˜nâ€™ click adventure is developed by WayForward but all signs point to it being one of the â€˜lesserâ€™ projects – the kind they simply take on the pay the bills and stay afloat. The artwork looks nice enough, mind. Again, itâ€™s out on all formats with a pulse. In digital form, anyway – unless we’re mistaken only the 3DS is getting a physical release. 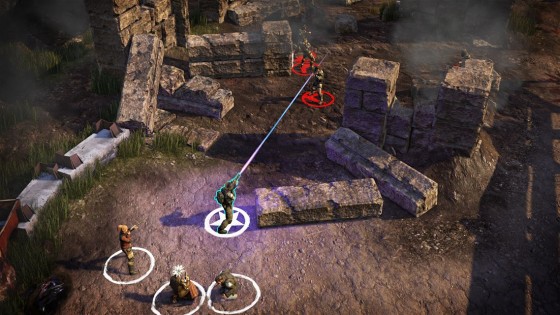 We can at least vouch for the quality of old school roleplayer Wasteland 2: Directors Cut, the sequel to the game that inspired Fallout. Or rather, IGN and God is a Geek can as both outlets gave it an 8.5. â€œGraphically, itâ€™s a little too brown and drab at times, and the busy screen and uncooperative map are genuine issues, but the flip-side of the coin is a vast, immersive adventure filled with danger and adventure that mixes elements of Fallout with Baldurâ€™s Gate and XCOMâ€ said the latter.

Could be something of a sleeper hit, this. Itâ€™s out on Xbox One and PS4 this Friday for around Â£30. Itâ€™s getting a physical release too, courtesy of Deep Silver.

Before we cover the weekâ€™s downloadable titles there are four JRPGs to cover – the cumbersomely titled Dragon Quest Heroes: The World Tree’s Woe and The Blight Below (PS4), Tales of Zestiria (PS3/PS4), Dungeon Travelers 2: The Royal Library and the Monster Seal (PS Vita) and Disgaea 5: Alliance of Vengeance (PS4). Why all four are launching in the same week weâ€™ll never know.

We canâ€™t find a single review of Tales of Zestiria yet, which is probably because it isnâ€™t due out in the US until next week. Dragon Quest Heroes has been getting very good scores though – including 8.0 from both GameInformer and GameSpot – while Disgaea 5 has arrived to scores higher still, including 9/10 from GameStyle. As for Dungeon Travelers 2, reviews have been mixed – everything from 2/5 to 4.5/5. 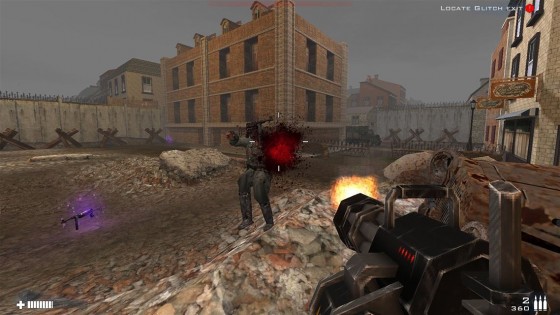 On the download services Bedlam: The Game by Christopher Brookmyre (Â£15.99) is due Friday on PS4 and Xbox One. Itâ€™s an old school shooter, by which we mean it purposely resembles a PC FPS from twenty odd years ago. Think Quake II and youâ€™ll get the gist. Letâ€™s hope people donâ€™t judge it on looks alone, eh?

Back over on Xbox One thereâ€™s also Laserlife (Â£11.99 or Â£10.79 with Gold) – a rhythm action affair set in space – and the top-down twin stick shooter Crimsonland (Â£11.19 or Â£9.51 with Gold). We spent a hour or so with Crimsonlandâ€™s trial version earlier today and were left reasonably impressed – itâ€™s a very simple game, even in the visual department, but curiously compelling. The trial not only has a few easy unlockable achievements but it appears that it allows you to play the survival mode – which has a long list of inventive perks to equip – as many times as you like. Give it a go – we ended up playing it far longer than anticipated.