Wii U owners able to tear themselves away from Super Mario Maker will find a few notable bits and pieces on the UK eShop this week.

Sorry, 3DS owners – all you get is a Fantasy Pirates demo and a few Pikachu themes.

Year Walk is the sole indie release, priced Â£6.29. Itâ€™s a mobile conversion but donâ€™t let that put you off – itâ€™s a great little puzzle adventure with an oddly sinister steak. We reviewed the iPhone version back in February 2013, where our only complaint was that the puzzles often have elements to them that are very easy to miss. 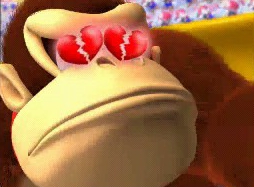 Discounts for this week are likewise a strange assortment, including Blocky Bot (94p), Paper Monsters Recut (Â£2.69) Another World – 20th Anniversary Edition on both Wii U and 3DS (Â£2.87), Fractured Soul (Â£1.79) and the delightfully titled Bombing Bastards (Â£4.49). How Nintendo let that name pass weâ€™ll know. Even Sony wouldnâ€™t let it slide for the PS4 release, demanding a change. Eventually it was renamed Bombing Busters.

Fit Music for Wii U and Luv Me Buddies Wonderland also see a cut in price, down to Â£11.20 a piece. A little surprising seeing both were quietly released in physical form recently.