Weâ€™d stand a better chance at making our weekly new release round-up fully comprehensive if Microsoft issued a release schedule – the past few weeks have seen a handful of surprises releases arrive on a Friday.

Last week was a fine example, dishing up Super Toy Cars, Quest of Dungeons and casual puzzle adventure Nightmares from the Deep out of the blue. Incidentally, Gamerscore gurus should definitely download the trial of that last one as it has unlockable achievements. We managed to squeeze a generous 325G out of it before the trial ended. 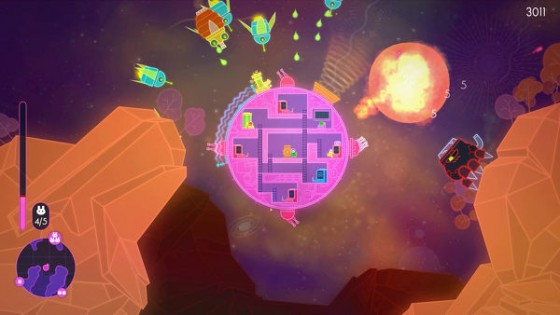 Enough of last week – this Wednesday saw a trio of new titles on Xbox One. Specifically, colourful co-op space shooter Lovers in a Dangerous Spacetime – which Eurogamer rather liked – 8-player party game ClusterPuck 99 and Castle Crashers Remastered, which is currently free to those who own the Xbox 360 original. Nice.

Then on Friday Rugby League Live 3 launches on both Xbox One and PS4, a week ahead of the retail release. BigBenâ€™s Rugby World Cup 2015 is getting a right old critical mauling, resembling something from the PS2 era. We imagine thisâ€™ll fare immeasurably better.

As per usual the PS4 sees a glut of new releases via PSN. The very well-received Tearaway Unfolded is the runaway highlight (also arriving at retail on Friday), while fuzzy platformer Leoâ€™s Fortune and the psychedelic space shooter Hyper Void might be worth a look. A demo of Hyper Void is available – it looks rather Tempest 2000-esque judging by the screenshots. Shh, nobody tell Atari.

The Nintendo formats get a look-in this week too. The Wii U sees the release of the highly rated Super Mario Maker while the 3DS gets the rhythm action affair Hatsune Miku: Project Mirai DX and the JRPG crossover Etrian Mystery Dungeon.

Nintendo has gone all-out with bundles for Super Mario Maker – itâ€™s packaged with an artbook as standard and is also available with a retro Mario amiibo in a limited edition pack. GAME reports that their pre-orders are seven times higher than expected, which is probably because they were throwing in a nifty looking pin badge set at one point. It appears theyâ€™ve sold out now though. Shame.

Update: Leo’s Fortune and Draw a Stickman: Epic magically appeared on Xbox One last Friday. The latter has a discount for Gold members, bringing the price down to Â£4.47.