Next time Microsoft reveals a lackluster assortment of Games with Gold titles, bite your tongue and spare a thought for Japanese Xbox owners. 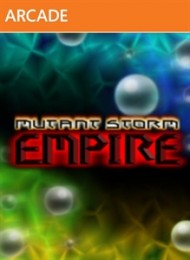 A far smaller catalogue of titles in Japan has lead to some very questionable choices for freebies, with Microsoft themselves having to provide content most months.

The free games on Xbox 360 are usually knocking on a bit, to put it politely. Perhaps this shouldnâ€™t come as a surprise seeing that Microsoft gave up on the Japanese market some time ago. Launch games Kameo, Perfect Dark Zero and Mutant Storm Empire acted as replacements for Dark Souls, Metro: Last Light and Mafia II respectively. And while the western world enjoyed Assassinâ€™s Creed II for gratis, Japan had to settle for Full House Poker.

Puzzler Hexic 2 – a fine vintage from 2007 – was offered instead of Square-Enixâ€™s Thief just a month ago.

Microsoftâ€™s somewhat newer Jetpac Refuelled, Comic Jumper, Shadowrun, The Maw, Viva PiÃ±ata and Halo Wars have also been up for grabs over the past couple of years as alternatives for various third-party titles. At this rate it wonâ€™t be long until the platform holder has given away their entire Japanese Xbox 360 back catalogue for free. 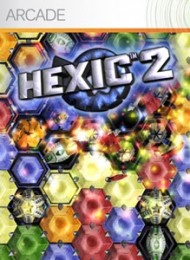 Over on Xbox One Max: The Curse of Brotherhood has now been dished up four times, replacing Worms Battleground, Rayman Legends and CastleStorm: Definitive Edition – three games unavailable on Xbox One in Japan. Why Microsoft couldnâ€™t offer Kalimba or LocoCycle as alternatives is a bit of a mystery. Halo: Spartan Assault has been up offered twice, while the full version of Powerstar Golf replaced last Novemberâ€™s VÃ¶lgarr the Viking.

Instances where a Japanese publisher has stepped in to provide an alternative are rare but not unheard of – Castlevania: Harmony of Despair replaced Monaco: What’s Yours Is Mine while Japanese gamers received Bangai-O HD: Missile Fury instead of Dungeon Defenders. We’re mildly jealous, we must admit.

Nevertheless, I think we can all agree that gamers in Europe in America would be in uproar if Microsoft ever palmed us off with 2005’s Perfect Dark Zero.