The studio behind Blues and Bullets shrewdly picked the perfect time to launch a new episodic adventure. The foregone conclusions of Game of Thrones and Tales from The Borderlands are almost upon us, while the end of Dontnodâ€™s Life is Strange also draws near.

Blues and Bullets is packaged in a similar fashion to the aforementioned – five episodes priced at Â£3.99 a piece, with this first episode taking around 2 hours to finish. Thereâ€™s even a screen after the credits showing the percentages for the various dialogue/moral choices other players made. Weâ€™re in familiar territory here, thatâ€™s for sure.

The visual style has an equally obvious influence – Frank Millerâ€™s Sin City. This neo-noir adventure puts on a stylish show, using splashes of bright red to brighten the 1950s criminal underworld in which it takes place. Coupled with drizzling rain, exemplary fire effects and one surreal sequence involving the inner monologues of the former detective protagonist, itâ€™s a very attractive game. The few rough edges present (stilted animation is the biggest offender) are easy to look past considering this first episode takes place in a surprisingly high number of locations. 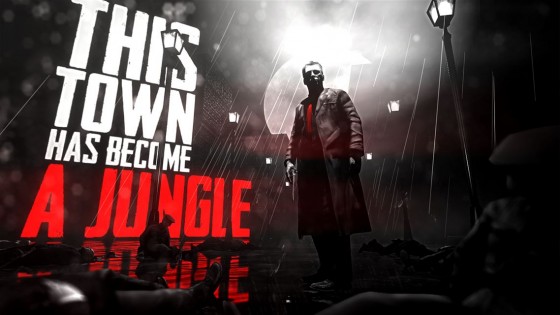 This opening episode is split into five chapters – the first three focus on character introduction and outlining the storyline, while the final two entail a murder and the consequences thereof. Set in Santa Esperanza, you play as Elliot Ness – a federal agent and former member of The Untouchables, the hand-picked team that famously managed to take down Al Capone. With his past behind him Ness now runs a diner known as Blues and Bullets. While serving a rather uncouth former colleague Elliot is approached by a mysterious figure seeking assistance with a sensitive matter. After embarking on a luxury Hindenburg airship, it so transpires that Al Capone is out of jail and requires Ness to take up detective work once again. Children are mysteriously vanishing, one of which is related to the crime lord.

Why ask the man who sent him to jail for help? Because in Al Caponeâ€™s eyes, Ness is the only honest and trustworthy individual in the entire state. The vocal work for Capone conveys a surprising amount of compassion and humanity. Perhaps even more than the protagonist as Ness rarely engages in small talk – whether itâ€™s pushing for more information or delivering a snappy comeback, Nessâ€™ dialogue usually consists of just one or two sentences. As for dialogue and moral choices, thereâ€™s the opportunity to turn to the bottle or stay sober, spike an unpleasant customerâ€™s burger with copious amounts of chilli and tell lies to a potential love interest in regards to Al Caponeâ€™s involvement. Some decisions demand a response within a few seconds; others provide ample time to mull over. As far as this episode goes though, you wonâ€™t be wrestling with your conscience for too long. 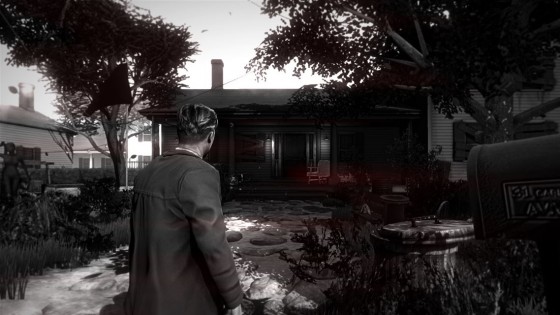 there’s a chilling tale waiting to be told

Around halfway into the episode we were under the impression that Blues and Bullets had pulled its trump card. To wit: third-person shooting sections. Character movement is handled automatically, leaving the focus on swapping between cover and perfectly lining up headshots. Although these sections do help to induce variety, theyâ€™re basic and restrictive to the extreme. Thankfully the developers have another trick up their sleeves – a spot of good old fashioned detective work. After gathering evidence from a blood strewn crime scene – in which the victim has been viciously mutilated – it must then be placed accordingly on a board to summarise the chain of events. The crime scene spans the bottom floor of a small house, including the garage. Each room includes something that helps fit the pieces together, and this makes for an engaging experience.

Alas, itâ€™s also an unchallenging one. Thereâ€™s no penalty for putting incorrect information onto the board – youâ€™re free to keep trying until finally getting it right. The only scope for error is accidentally missing a clue, which is something unlikely to happen – as soon as youâ€™re near an item or object that can be interacted with a large icon appears on screen. So simple are the controls that they arenâ€™t even explained at any point. A few pointers wouldnâ€™t have gone amiss however – we didnâ€™t realise that itâ€™s possible to run (well, leisurely jog) until reaching the third chapter. 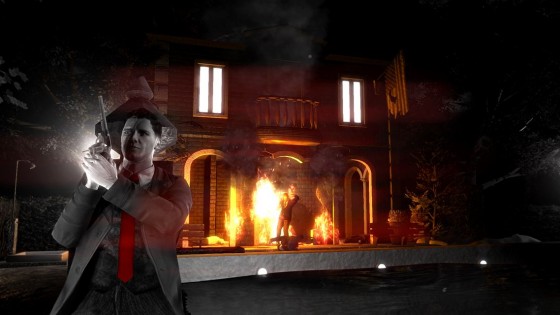 Like most episodic adventures Blues and Bullets ends on a cliff-hanger, and a rather abrupt one at that. We didnâ€™t feel short-changed though as this episode covers a lot of ground, taking place in several locations and introducing a whole host of instantly likeable characters. The fact that developer A Crowd of Monsters is keen to keep everything faithful and authentic to the era is highly evident too.

As of now the series sits on the cusp between being â€˜goodâ€™ and â€˜very goodâ€™ – there’s a chilling tale waiting to be told, thereâ€™s no doubting that, but it needs that little extra something to push it into the right direction. Tidying up character animation would help improve the atmosphere no end in future episodes, while the use of the third-person shooting sections needs to be re-evaluated. Telltale often uses these to surprise the player by putting a gun in their hand entirely without notice but so far in Blues in Bullets they feel like tacked-on extras. It takes more than a few explosive barrels dotted around to get gamerâ€™s excitement levels up these days.

Now that the fundamentals are in place, A Crowd of Monsters can focus on refining the areas that are lacking. Our hopes are high that next episode will make good on the potential shown here.