Oddly, there are no new Virtual Console releases due this Thursday. Thatâ€™s not a huge cause for concern though – the Wii U is set to receive two retail releases and a smattering of intriguing downloads.

Admittedly, we do have concerns about Devil’s Third as previews were far from flattering. Itâ€™s also set to cost Â£49.99 on the eShop, – Â£10 more than what we were expecting. For the uninformed, Devilâ€™s Third has been stuck in development for a very long time. It was even under THQâ€™s wing at one point. Why did Nintendo pick it up? We assume that the rights had fallen to a ridiculously low price, and that it would simply suffice for plugging a gap in the Wii Uâ€™s release schedule. Either that or Nintendo believed they could turn the project around and release something that would appeal to those who purchased Bayonetta 2. Itâ€™s a bit of a mystery, really. 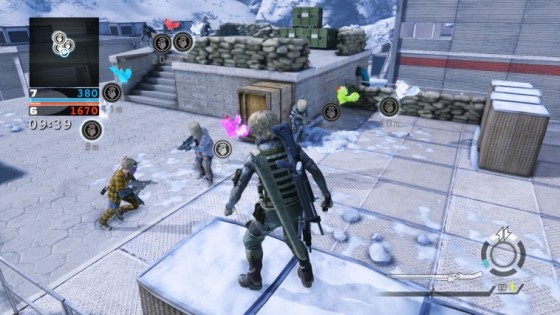 On top of that Â£49.99 asking price there are IAPs in place too – batches of â€˜Golden Eggsâ€™ (presumably used in multiplayer) can be purchased, with prices (free) ranging from 49p to Â£17.99. They have to claw back seven yearâ€™s worth of development money somehow, we suppose.

Disney Infinity 3.0: Play without Limits is the Wii Uâ€™s second big-name release of the week. Itâ€™s arriving at a discounted price, which is certainly pleasing to see – Â£16.49 until 5th September (Â£24.99 thereafter). You will of course need a portal and a few figures to get started. Although Star Wars is the main theme this year the likes of Inside Out and Frozen still get a look in. They havenâ€™t forgotten about good old Mickey Mouse either. Chuck it all into the pot, fellas.

Q.U.B.E: Director’s Cut headlines the downloadable offerings. We reviewed the Xbox One version in July and found it to be a decent enough take on Portal. The biggest problem we had was that it didnâ€™t really hit its stride until the storyline was nearing its conclusion – the puzzles found in the last hour or so are, frankly, ingenious. Prior to this, most arenâ€™t particularly taxing. The storyline does however help to engage from the outset, making this worth a look. This too has a launch period discount – Â£7.19 until 14th September (Â£8.99 thereafter). 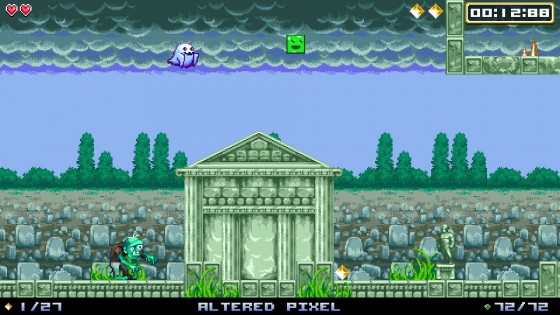 Then we have Life of Pixel (Â£8.99), a 2D platformer that pays homage to the likes of Turrican, Streets of Rage, Altered Beast, Super Mario Bros. and more. Thereâ€™s even a monochrome GameBoy stage to beat. Nintendo Life reports that isn’t too shabby, giving it a solid 7/10. Thatâ€™s being joined by Stone Shire (Â£4.20 until 26th September, Â£7.00 thereafter) which is let another Minecraft clone. And a bad one at that – Nintendo Life claims that it feels like an unfinished demo.

The 3DS meanwhile sees just one new release – Senran Kagura 2: Deep Crimson (Â£24.99 – also due at retail). The Senran Kagura beatâ€™em ups have been pretty good (although not great) previously, despite their questionable content. We imagine this one will follow suit.

As per usual, a bunch of 3DS games are lined up for temporary price cuts. Like last week though, theyâ€™re mostly games that have been reduced countless times prior, including various match-three puzzlers and hidden object games. We do however recommend picking up Scram Kitty and his Buddy on Rails on Wii U – thatâ€™s down to a mere Â£4.49 until 3rd September. Itâ€™s the catâ€™s whiskers. Whatever that means.