Former Wii U-exclusive ZombiU might be fast approaching three years old, but itâ€™s still one of the finest zombie survival games available. When you consider how many games filled with the festering undead have been released since 2012, thatâ€™s quite the compliment.

For a launch game in particular it was incredibly ambitious. Weâ€™d even go as far as saying that it was a far better system showcase than Nintendoâ€™s first-party offerings, turning the GamePad into a survival kit – or Bug-Out-Bag, to use the correct term. The radar – which can be pinged to reveal signs of movement – is now on-screen while the LB button is used to scan environments for items of worth and importance.

This makes scavenging for supplies a lot easier. That said, the new control system is initially cumbersome – aiming down sights and swinging the trusty cricket bat (the default melee weapon) is intuitive enough, but never are you informed that itâ€™s possible to map four items onto the d-pad. And neither are you told that every time a character dies items then have to be manually mapped again. We learnt this the hard way. 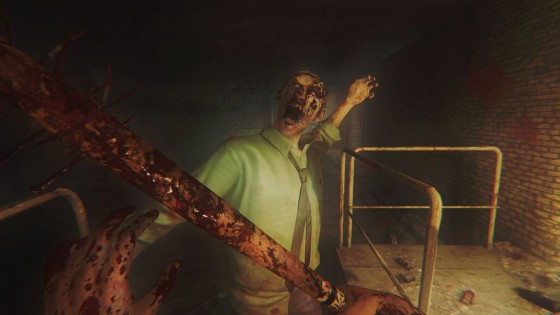 Another reason why the Wii U version was considered ambitious was due to the online elements – zombified versions of those on your friend list could be found lurking in the areas where they died, while online leaderboards were – ingeniously – scribbled on walls in some of the safe houses. All online functions have sadly been stripped from this conversion, but there is a compromise – itâ€™s slightly better looking, boasting sharper textures, extended view distance (handy, seeing a lot of time is spent in narrow corridors) and more natural lighting effects due to the removal of the speckled lighting filter. These improvements arenâ€™t enough to bring it up to todayâ€™s standards, but donâ€™t let this put you off – Ubisoftâ€™s vision of a zombie ravaged London is rich, detailed and wholly consistent.

The London underground acts as the main hub, leading off to Buckingham Palace, The Tower of London and other famous places. The level of consistency stems to that of the enemy design – in and around Buckingham Palace undead Beefeater guards are found, while zombies in the poorer areas are usually dressed in polo shirts, baseball caps and casual sportswear.

The rubbish strewn locations are small in size yet take a considerable amount of time to explore thoroughly. Danger lurks around every corner, and itâ€™s this element of surprise that Zombi excels at. The zombies are wildly unpredictable – some simply stand on the spot, as if theyâ€™re willing to accept their inevitable fate, while others are alerted to your presence the moment you step into a room. Some shuffle, some run, some crawl along the floor…and all have the capability to kill in seconds. This is a tough game, occasionally to the point of being unforgiving. A single zombie doesnâ€™t pose too much of a threat as long as youâ€™ve remembered to reload your firearm, but a group of three or more is something to fear. This is where flares and explosives come into good use – killing a bunch of zombies with one well-aimed grenade is incredibly satisfying, as is luring a bunch of undead into an active minefield. 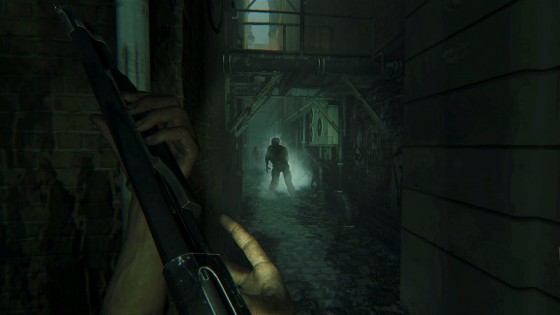 As you may be aware, Zombi pinches an idea from Dark Souls – after dying you must return to where you fell to retrieve your supply stash. There are no instant restarts or second chances here – every death throws you back to the safe house and into the boots of a new survivor. Even though itâ€™s possible to open shortcuts, there is a lot of backtracking to undertake. Coupled with the fact that some of the interconnecting sewers and staircases are identical, right down to the graffiti on the walls, this is easily Zombiâ€™s biggest downfall. Zombies donâ€™t often respawn, however, so usually it doesnâ€™t even take half as long to reach the area where you last died.

A mysterious guardian – an ex-soldier known as The Prepper, whoâ€™s holed up in a safe house with access to the cityâ€™s CCTV cameras – does his best to keep you alive while completing mission objectives. Or as he likes to put it, earning your keep. Even with his sage advice, death does come both quick and frequent during the first hour or two. As the story progresses though the difficulty level starts to smoothen – bigger backpacks can be found, while a silent but deadly crossbow takes down the undead with relative ease. Health packs arenâ€™t short in supply either. Just remember to map them onto the d-pad, as all inventory management is handled in real-time – the zombies wonâ€™t wait around while you rummage through your backpack.

Although a little shabby visually, Zombi remains a tense and genuinely harrowing experience and the Â£14.99 asking price helps offset the shortcomings in regards to presentation. Wii U loyalists shouldnâ€™t feel down about the system losing one of its finest third-party titles – they should be glad that more people will now get to play Ubisoftâ€™s masterful quest for survival. Perhaps itâ€™ll even sell well enough this time round for Ubisoft to dust off plans for the mooted sequel. Experience Zombi for yourself and chances are youâ€™ll agree that few games are more worthy, or deserving, of one.