Seeing thereâ€™s just one new retail release out this week, it makes sense to cover that first before delving into the weekâ€™s downloadable offerings.

That lone retail release is Risen 3: Titan Lords â€“ Enhanced Edition on PS4, available Friday for around Â£30 (or Â£34.99 on PSN). We spent a few hours with the vanilla version last year and found it to be only a small improvement over the lacklustre Risen 2. This â€˜Enhanced Editionâ€™ features all previous DLC, varying from new armour to a handful of additional islands to explore. Although the visuals do appear to be greatly improved, we canâ€™t say that weâ€™ll be heading back to â€˜Fog Islandâ€™ any time soon – we found it to be a very frustrating and unforgiving experience. 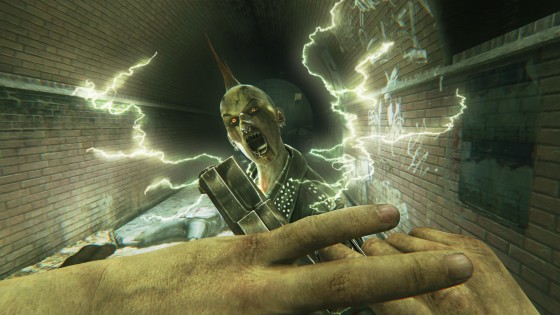 Another game getting a dust off this week is Ubisoftâ€™s ZombiU, out now on PS4 (Â£15.99) and Xbox One (Â£14.99) under the guise of Zombi. Having played it for 2-3 hours yesterday, weâ€™re glad to report that itâ€™s still as tense as before – the atmosphere really is second to none, and thatâ€™s despite the visuals remaining largely unchanged. The controls take a while to get used to but having the radar on screen definitely makes things easier. The achievements donâ€™t seem too tough either, if thatâ€™s what you base your purchasing decisions on – we imagine the majority can be gained on the first play-through.

While weâ€™re on the subject of zombie games, Resident Evil Revelations 2 is out now on PS Vita for a modest Â£24.99. One of the best RE games in recent history, itâ€™s a very welcome addition to the Vitaâ€™s library. Itâ€™s just a shame that it isnâ€™t getting a physical release.

From dark and twisted to bright and colourful – Giana Sisters: Dream Runners (Â£7.99) has made a mad dash onto PS4 and Xbox One. Itâ€™s a four-player sprint runner with competitive online modes. Similar to Doritos Crash Course, minus the incredibly blatant advertising, we’d wager. The last Giana Sisters game – Twisted Dreams – was well-received, so this may be worth a look. 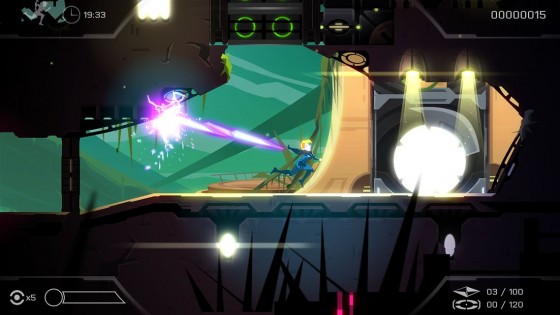 PlayStation 4 indie hit Velocity 2X meanwhile makes a belated Xbox One appearance, priced at Â£16.79 – which includes the Dual Core and Critical Urgency DLC packs. The original Velocity was a top-down shooter, while this sequel added 2D run and gun section and elements from Metroid. We recall seeing a few 10/10s handed out when it launched on PS4 almost a year ago. While the Â£17 asking price may be higher than most anticipated, thereâ€™s no debating the quality.

Back over on PSN, Toy Soldiers: War Chest shows up a week late – we falsely reported that it was already out, so sorry about that. Although a very good game – every single battle grips until the very end – we had a major issue with the way the package is presented. The Â£11.99 version is missing half the content, and the very best content at that, while the Â£24.99 version is awfully steep for a tower defence game that hasnâ€™t evolved massively since the first iteration. American gamers were treated to a physical release, but sadly we have to make do with digital. Have a read of our review here.

Toy Soldiers is joined by the similar sounding the Castle Game (sic). This too is a 3D tower defense affair, only here itâ€™s possible to create mazes, place traps and unleash god-like powers. PS Plus members can get it for Â£9.27 (Â£11.59 without).

Then we have Volume (Â£14.99 or Â£13.49 with PS Plus), which is Mike Bithellâ€™s latest. A neon-hued minimalist stealth adventure viewed from a skewiff perspective, it features the vocal talents of Andy Serkis, Charlie McDonnell and Danny Wallace. Over 100 stealth challenges feature, each of which can be remixed and shared online. We imagine Volume will attract quite the community – Mike Bithellâ€™s Thomas Was Alone is much loved.

This leaves us with Tales from the Borderlands â€“ Episode 4: Escape Plan Bravo (Â£3.99). Unless weâ€™re mistaken, this is the only new release for PS3 and Xbox 360 this week. Reviews have been incredibly positive so far, including a lofty 10/10 from Destructoid. To quote: â€œI laughed. I cried. I haven’t been able to say that about a Borderlandsgame since Tiny Tina’s Assault on Dragon Keep, or about a Telltale game since the first season of The Walking Deadâ€.

UPDATE: 5v5 online arena brawler SMITE: Battleground of the Gods has finally left beta on Xbox One. It’s free-to-play with IAPs ranging from Â£6.39 to an eyebrow raising Â£64.99. We’ll aim to write a few words about it soon.