The Wii U has stolen the eShop limelight for the past few weeks. Now itâ€™s time for the 3DS to shine, all thanks to one little game – 3D Gunstar Heroes. 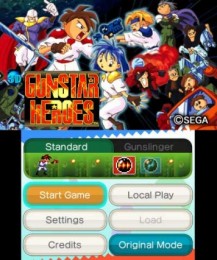 Treasureâ€™s run and gunner has proven to be a timeless classic – it plays just as well today as it did back in 1993. Superbly. Like SEGAâ€™s previous 3DS retro revamps 3D Gunstar Heroes will feature a few new extras, including easier difficulty modes – ensuring that everybody who stumps up the Â£4.49 asking price will be able to make it to the very end – and wireless two-player co-op.

The Wii U meanwhile sees a new VC release – the Nintendo DSâ€™s Wario: Master of Disguise (Â£8.99). While we usually welcome Wario with open arms, this 2D platformer was a rare Nintendo misfire – it arrived to mostly mediocre reviews back in 2007. Eurogamerâ€™s review – in which they handed it a miserable 4/10 – is still online.

EDGE and gamesTM both gave it 4/10 too, highlighting issues with the control system and general lack of imagination. The former also noted that some levels take almost an hour to complete. Suffice to say, you should think long and hard before blowing almost a tenner on it. 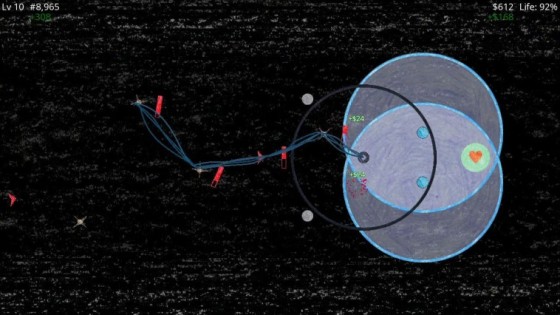 Wario: Master of Disguise is being joined the well-received puzzler The Bridge (Â£8.99) and the 2D tower defence game ZaciSa: Defense of the Crayon Dimensions! (Â£1.14 until 27th August, Â£2.29 thereafter). The US version of ZaciSa (known as ZaciSa’s Last Stand) was met with a lukewarm reception earlier this year. Since then developers ZeNfA Productions have listened to feedback adding new modes, online leaderboards, Miiverse integration and more. For something thatâ€™s retailing at not much more than a quid, it sounds like theyâ€™ve gone way beyond the call of the duty.

Those feeling a pinch in their wallet may also be interested in a couple of the Wii U discounts – EnjoyUp Gamesâ€™ 99Moves and Abyss drop to a mere Â£1.34 each this week. EnjoyUp’s scrolling brawler Rock Zombie also sees a drop in price, down to Â£3.59. We’ve always been intrigued by this one.