A fresh perspective is often the best way to stop a series becoming stagnant, so we were intrigued by what Ubisoft could bring to Signalâ€™s Toy Soldiers franchise. While itâ€™s pleasing to see that they havenâ€™t messed with the winning tabletop tower defence formula, they have bulked it to the brim with licensed add-on packs, IAPs and dreaded Uplay support – required here to play online and unlock some of the more jubilant weapons. Suffice to say, these arenâ€™t the kind of enhancements greeted with open arms.

The Â£11.99 standard edition is, effectively, missing half the content – the additional He-Man, G.I. Joe, Cobra and Assassinâ€™s Creed armies are part of the Â£24.99 Hall of Fame Edition, or purchasable on their own for Â£3.99 each. The chance to play as these iconic characters is easily War Chestâ€™s biggest draw, yet players are forced to stump up extra.

Itâ€™s doubtful that these licenses cost a lot to acquire – G.I. Joe and Cobra were probably part of the same deal – so why get players to pick up the bill? It makes us wonder why Ubisoft didnâ€™t adapt a free-to-play template, as in terms of content itâ€™s very similar to what World of Tanks, Happy Wars and even Ubisoftâ€™s own AirMech Arena offer for gratis. 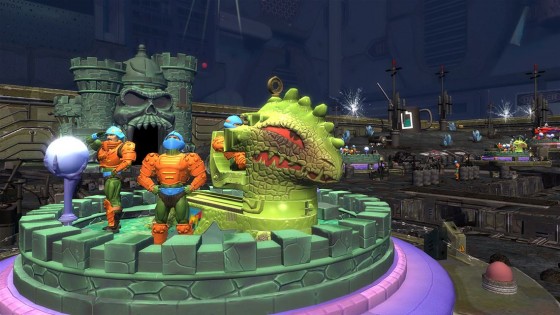 Seeing this marks the first time the Toy Soldiers series has graced a Sony system, an explanation of what it entails seems wise. On first glance, it appears worryingly simplistic – youâ€™re merely tasked with placing various turrets on pre-marked areas to fight off waves of enemies. Enemies make a beeline for your toy box, which has a base rate of 100 health points. A single point is deducted for every soldier that breaches your box, while tanks and aircraft take considerably more. The HUD shows what waves are coming next, giving time to plan ahead and prepare. Fail to build an anti-air turret before enemy aircraft takes off and youâ€™ll be left with one huge repair bill.

In most instances a decent amount of time is given to build up defences – the first few waves are almost always infantry that rarely make it past even the most primitive of gun turrets. Then come tanks and other heavily armoured vehicles – requiring anti-armour turrets – which are then usually followed by aircraft and numerous waves that include everything the opposition can throw at you. Every turret is upgradable – boosting damage, hit points and range – and because each upgrade takes a considerable amount of cash thereâ€™s an undeniable focus on prioritizing. These upgrades are unlocked via blind boxes and purchased using in-game currency. If you want to get ahead of the competition when playing online, or perhaps make the campaign easier, there is the option to use real money – IAPs start at Â£1.79.

Now hereâ€™s Toy Soldiersâ€™ twist – every turret can be manually controlled. Love turret sequences in first-person shooters? You’ll be in your element here. They each have slightly different firing methods and there are many instances when taking manual control can turn the tide of war. A fine example: one mission features a screen-filling troop carrier thatâ€™s impossible to take down without getting behind a missile turret. Proficient shooting fills a power bar which once full bestows control of a hero, each of which has a customisable loadout. Heroes are highly susceptible to damage, so dropping them straight behind enemy lines isnâ€™t always wise. Keeping them alive also entails collecting batteries, found dotted around the battlefields. Making sure thereâ€™s at least one nearby can give a tactical advantage. 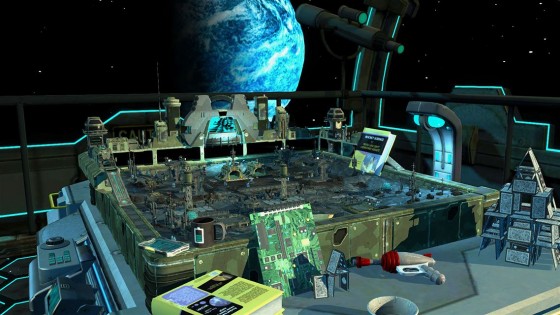 To use a phrase thatâ€™s apt, four starter armies are available out the box. The German Kaiser army stems from the seriesâ€™ roots, back when it solely featured vintage tin toy WWI armies. They bring some heavy firepower but lack the technical refinements of other armies. For that, look no further than the sci-fi influenced platoon Phantom – lead by a feisty female, they spew neon-coloured lasers all over the battlefields in a pleasingly Halo-esque manner. Their anti-air turret has a very handy homing ability.

Then thereâ€™s the Starbright army – a garishly coloured combination of Rainbow Brite, Care Bears and other â€˜80s cartoon characters. Donâ€™t be fooled into thinking that theyâ€™re underpowered – the giant rubber cats that roll over the battlefield with reckless abandon cause considerable damage, while their pink winged pegasus rains rainbow lasers of death from above. This leaves us with the Dark Lord, a beastmaster influenced by Lord of the Rings, Warhammer and similar dark fantasy realms. His army includes giant scorpions and falcons that can drop D10 die onto the opposition. All in all theyâ€™re a pleasingly varied bunch, with some heroes favouring melee combat, and there are times when the right army for the task at hand is required.

Variety within battle comes in various forms – final waves involving unique bosses, numerous kinds of terrain – including a beach landing map – and missions with more than one toy box to protect. A few missions also commence behind the controls of a tank, as all turret slots are occupied by enemy forces. Optional missions meanwhile includes some ridiculously fast-paced survival modes and a â€˜Weekly Warâ€™ mode that provides five new challenges a week. Complete them all for a substantial reward. These challenges are tough, prompting trial and error, and youâ€™ll definitely need a fully upgraded army for some. 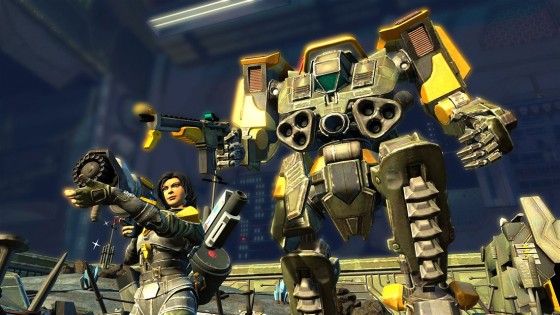 The campaign mode – which can be played in split-screen co-op – features 15 missions, although the first five are merely introductions to each faction. Around halfway through things heat up and get a tad more challenging, giving the chance to fight against (but not play as) the Cobra, G.I. Joe and the He-Man armies. Oddly, some of their vehicles can be used against them, including He-Manâ€™s ATTAK TRAK. Itâ€™s also a little odd that Ubisoft didnâ€™t bag the official theme tunes for the licensed armies, forcing us to contend with half-hearted renditions.

The aforementioned co-op mode is one of the new additions. Players can play as different armies (although the licensed armies are locked to a single account) and both have their own cash pot to buy turrets with. Sadly, itâ€™s very easy to lose track of the tiny enemy infantry troops in split-screen mode. We also get the impression that the visuals were kept simple (itâ€™s far from a thing of beauty, with the usual fuzzy backdrops and muddy textures that have always plagued the series) just to keep the speed up when playing co-op or online. If this was the case, it was a plan that didnâ€™t quite work – we came across some slowdown in the Xbox One version.

War Chest really doesnâ€™t look or feel like a current-gen game, and this is something that makes the Â£24.99 premium price tag even more questionable. Weâ€™re glad that Signal was able to carry on their Toy Soldiers series – the idea of toy armies fighting it out on desktop battlefield still holds much appeal, and the likes of He-Man help to add some warm and fuzzy nostalgia – but the way this package is presented is close to shambolic. Instead of lending their expertise to try and improve the core concept, or help-fine tune the overall experience, Ubisoft has simply attempted to wring as much money out of it as possible. For shame.