Youâ€™ll find no new games on store shelves this week – according to Amazon the next retail release is Risen 3: Enhanced Edition on PS4, out next Friday. The week after that though is looking rammed – Until Dawn, Gears of War: Ultimate Edition, Dishonored: The Definitive Edition, Disney Infinity 3.0, Madden NFL 16 and Devil’s Third all arrive within a week, and then on 1st September thereâ€™s a double whammy of Metal Gear Solid V and Mad Max.

Thereâ€™s plenty of new stuff to play until then, with this weekâ€™s big hitters including Toy Soldiers: War Chest, Everybodyâ€™s Gone to the Rapture and Gauntlet: Slayer Edition.

Brothers: A Tale of Two Sons (Â£14.99) sees a re-release on PS4 and Xbox One too, roughly two weeks ahead of the planned physical release. If you havenâ€™t played it before then itâ€™s an essential purchase – a clever and emotionally moving adventure thatâ€™ll remain in your mind for months to come. 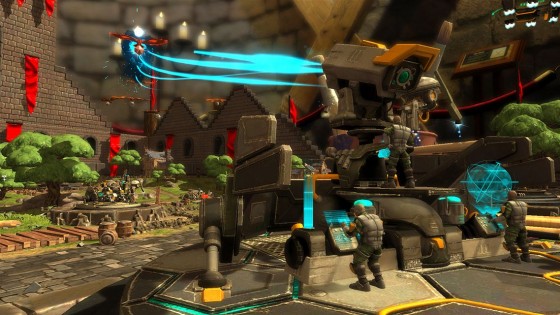 Weâ€™ll start with Toy Soldiers: War Chest as weâ€™ve spent a few hours with Signal Studioâ€™s tiny tower defence game already. This marks the first time the series has been released on a Sony format – the previous two (well, three, if you count the mobile adaptation) were published by Microsoft, but now Ubisoft is at the helm. The formula hasnâ€™t been messed with – the sense of familiarity with the previous games is actually a slight cause for concern – but the amount of content has been bulked up tenfold with new heroes, various upgrades and blind boxes containing new items. Sadly all the best, and most enticing, content is premium priced – the He-Man, G.I Joe, Cobra and Assassinâ€™s Creed add-ons cost Â£3.99 each. The basic package costs Â£11.99 and includes just the four (non-licensed) starter armies. Despite being almost halfway in the campaign hasnâ€™t managed to grip us yet but the daily challenges seem pleasingly varied so far. Complete a week’s worth all for a substantial award – a nice touch in whatâ€™s a heavily DLC focused package. Weâ€™ll elaborate more in our upcoming review.

Novelty sports sim Super Mega Baseball: Extra Innings on Xbox One (Â£15.99 or Â£13.59 to pre-order – out Friday) is another that weâ€™ve spent some time with – a trial version launched around a week ago, allowing approximately two hoursâ€™ worth of match time. It appears to be a reasonably comprehensive affair, save for the lack of official licenses and whatnot. With the R.B.I. Baseball series restricted to the US, fans of â€˜American roundersâ€™ may want to give this one a look. 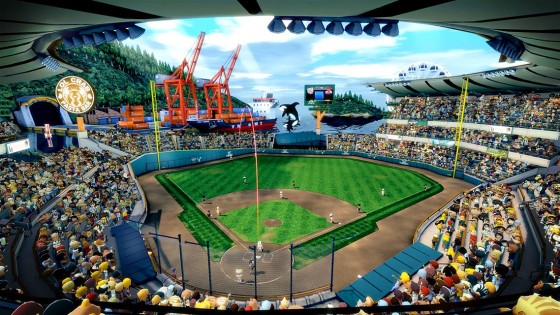 Also heading to Xbox One this Friday – the M. C. Escher influenced puzzler The Bridge. Like Brothers: A Tale of Two Sons, this was first released on last-gen systems. Reviews were mostly positive, although critics did warn of the occasional difficulty spike.

Goat Simulator meanwhile leaps (and bleats) from Xbox One to PS4. An odd mixture of Katamari Damacy and Tony Hawkâ€™s Pro Skater, it was designed with YouTubers in mind – a game with such an outlandish premise that itâ€™s bound to pique peopleâ€™s curiosity. Weâ€™re all for originality here, but one thing simply didnâ€™t sit well with us – itâ€™s glitchy to the extreme. The developers simply fixed the fatal crash bugs and left the rest in, all because they felt it made the experience far more amusing. This gives the whole thing a rough, unfinished, look. The price does accommodate for this though – itâ€™s only Â£7.39 on PSN. Youâ€™ll get a couple of hours of enjoyment out of it, at the very least. To quote our review: â€œGoat Simulator is something that dares to be different, and thatâ€™s enough to overlook the shoddiness present in certain areas. If it doesnâ€™t make you laugh out loud, itâ€™ll at least make you crack a grin. Itâ€™s just a shame that most of the things that made us smile were down to general ineptness rather than genuine attempts at humourâ€. 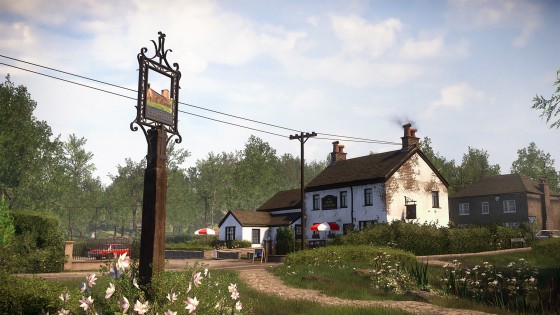 Dear Estherâ€™s spiritual successor Everybody’s Gone to the Rapture (Â£15.99 or Â£12.79 with PS Plus), is out now too. Set in a Shropshire village, itâ€™s a story-driven adventure of the open-world variety, entailing the acceptance of death. Reviews would suggest that itâ€™s not a game for everyone – there are as almost as many 9/10s on Metacritic as there are 5/10s. Those 9s come from GameSpot, God is a Geek and Push Square, while The Jimsquisition and Slant Magazine handed out mediocre scores. We wouldn’t let you put this off – plenty of 8/0s have been handed out too, such as this one from VideoGamer, as well as an 8.5 from IGN.

Weâ€™re currently still waiting on reviews of Gauntlet: Slayer Edition (Â£15.99) on PS4. The PC version – released almost a year ago – was met by a lukewarm reception, which may explain why reviews of this PS4 iteration have been slow off the draw. We recommend holding onto your money until reviewers cast their critical eyes over it.