The summer drought appears to have hit the retail sector – no physical releases are due out this week, just Nordic Gamesâ€™ Legend of Kay Anniversary next week, and if Amazonâ€™s release schedule is accurate (which it usually is) the next major release isnâ€™t until 7th August – the anticipated Rare Replay.

A barrage of new releases head to the download services though, with many well worth a look. Weâ€™ll start with SEGAâ€™s Tembo The Badass Elephant first as we savored some of its delights last night. First impression: itâ€™s a slick and polished 2D smash and crash platformer, and a surprisingly tough one at that – Tembo can only take a few hits, and as such youâ€™re thrown back to checkpoints often. Unfailingly retro, it even brings back the concept of lives – five is the starting amount; lose them all and itâ€™s back to the map screen. Thankfully, then, itâ€™s an entertaining enough experience to want to try again – Tembo smashes into tanks, skyscrapers and other structures with pleasingly reckless abandon. 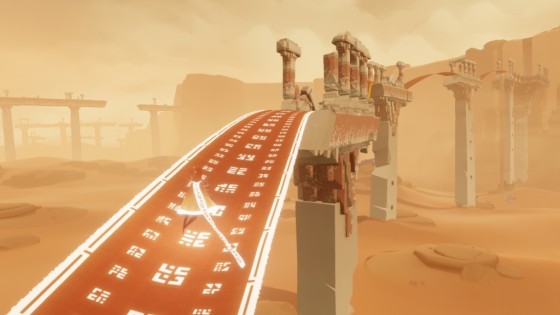 PS4 owners also have Journey (Â£11.99 or Â£9.59 with PS Plus) to consider. Like last weekâ€™s GoW III: Remastered, this is aimed at those who have jumped ship from Xbox 360 (or Xbox One) and as such missed out first time round. Last night our Twitter feed was full of those experiencing it for the first time, most of which were left dumbstruck by its beauty and elegance. The task is simple: head to a beacon of light shimmering in the distance. Along the way youâ€™ll be joined by other players; ingeniously their names arenâ€™t revealed until the very end. The only qualm with have is in regards to length – it only takes 2-3 hours to finish. Very few games are filled with as many â€˜out of the box thinkingâ€™ moments as this one is, though.

Pigeon fanciers rejoice – Hatoful Boyfriend (Â£7.99 or Â£6.39 with PS Plus) heads to PS4 and PS Vita too. Itâ€™s a visual novel set inside a school for pigeons. Not weird enough for you? Well, you play as the only human ever to be accepted into the schoolâ€¦and itâ€™s your task to find love. Donâ€™t be quick to judge this one on premises alone – the PC version received several 8/10s when it launched back in 2012. 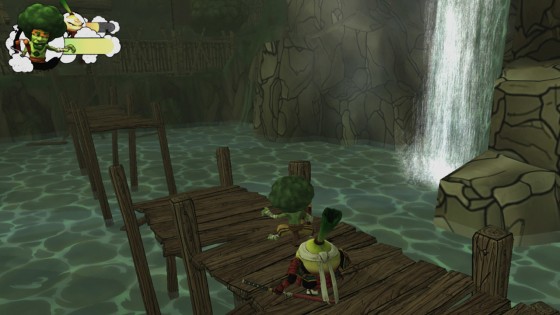 The shoddy Prototype Biohazard Bundle (Â£39.99) is out now on PS4 as well, joined by Arcade Archives EXERION (Â£7.99), Skullgirls 2nd Encore (Â£19.99) and co-op hack and slasher Yasai Ninja (Â£15.99) starring a piece of broccoli trained in ninja arts. Is this the sequel to Kung Food that weâ€™ve all been waiting for? Maybe. Just maybe.

Over on PS3, Activisionâ€™s Deadpool has made a surprise reappearance on PSN, albeit for an eyebrow rising Â£49.99, while the PS Vita receives a new exclusive – Mahjong Carnival (Â£4.99). Joy. Weâ€™re wondering if Activision has picked up the Deadpool license in order to create a movie tie-in, thus giving them the right to re-release their 2013 romp in the process. Itâ€™s back on Steam, incidentally.

As for multiformat downloads, Telltale gets ready to wrap up Game of Thrones with Episode 5: A Nest of Vipers. IGN wasnâ€™t too impressed: â€œThe potential of powerful, story-altering choices is largely blown on an episode full of out-of-character portrayals and padding scenes that donâ€™t move us any closer to the finish lineâ€ they said before handing out 6.5. TheSixthAxis enjoyed it a touch more, giving it an 8/10. â€œTo put it bluntly, this episode features the most exciting scenes since the debut episode, with some superb dialogue options, great characters, and it all looks quite good too. Thereâ€™s nothing groundbreaking in terms of visuals, but theyâ€™re finally working that oil-painting aesthetic just right, rather than it seeming like a blurry mess as it did in previous episodesâ€ their reviewer noted. 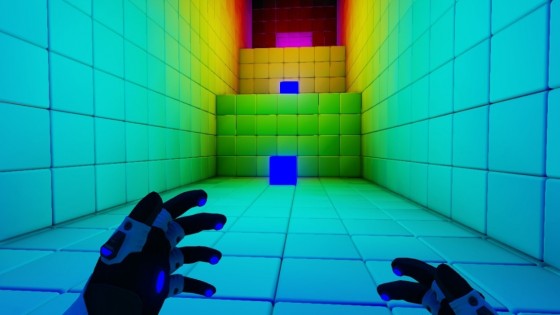 Then we have Q.U.B.E: Directorâ€™s Cut (Â£7.99 or Â£6.39 with PS Plus), out now on PS4/PS3 with Cross-Buy and due Friday on Xbox One (price unknown). Itâ€™s a first-person puzzler in which pair of high-tech gloves that can be used to manipulate the environment to form bridges and such. Portal is the obvious comparison, and if the Steam reviews are to go by it compares favorably. Just donâ€™t expect a singing computer or the promise of cake.

Finally for this week thereâ€™s No Time to Explain (Â£11.99). The physics-based 2D platformer makes its Xbox One debut after first appearing on PC a couple of years ago in Flash form. This is the remastered version – PC gamers who own the original can update for free. Xbox One owners, of course, donâ€™t have this luxury. We gave the 30 minute trial a workout earlier this month where we discovered that tinyBuildâ€™s action packed adventure resembles one of The Behemothsâ€™ efforts but has more in common with the almighty Super Meat Boy, requiring pixel perfect platforming skills and lightening quick reflexes. A few inventive boss battles are also thrown into the mix for good measure. It has all the hallmarks of a cult classic, although the Â£11.99 asking price does seem rather steep. We suggest giving the trial a go before opening your digital wallet.