Gamers across the globe woke to saddening news this morning – Nintendo President Satoru Iwata has died at the age of 55 after losing a battle with cancer.

A former programmer at HAL Laboratories, Iwata was appointed director of Nintendo in 2000 and became President two years later. He was the first person outside the founding Yamauchi family to be given this role within Nintendoâ€™s 126 years of existence. In 2013 he then became CEO of Nintendo of America. 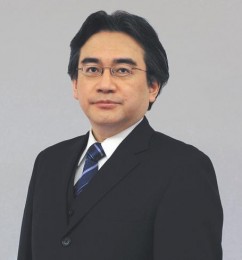 Arguably his crowning achievement was overseeing the rapid growth of Nintendo during the heyday of the Wii and Nintendo DS.

Iwata leaves behind a long list of Nintendo greats including Earthbound, Balloon Fight, F1 Race and more. As for games Iwata acted as co-producer for, the list is simply staggering.

Iwata is also renowned within the industry for cutting his own salary in half after Nintendo hit a rough patch in 2011. This was to help save the positions of fellow employees by offsetting Nintendo’s financial difficulties.

In addition to ceasing communications on their media channels as a mark of respect, the flag outside Nintendo’s Kyoto HQ is flying half-mast today. A rainbow was reportedly seen beaming over the building earlier this afternoon.

On my business card, I am a corporate President. In my mind I am a game developer. But in my heart, I am a gamer