Those who missed Never Alone (Â£12.99) on PS4 and Xbox One are in for a short but sweet treat. This snow covered side-scrolling adventure was developed in collaboration with the IÃ±upiat, an Alaska Native people, and tells a story that has been shared for generations. We gave the Xbox One iteration an 8/10 last December, claiming that itâ€™s more than a worthy way to spend an evening. 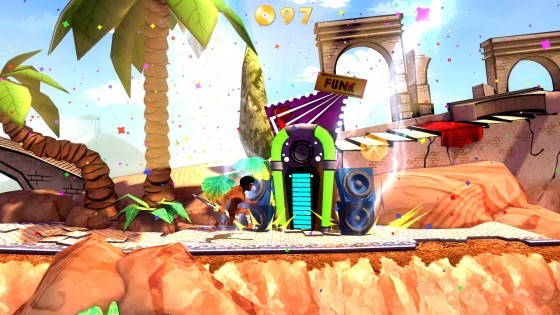 While Never Alone arrived to (mostly) rave reviews, Funk of Titans (Â£8.09) pretty much flunked. The Metacritic stands at a miserable 43% with a fair few 3/10 reviews behind it. â€œEven if you could play Funk Of Titans on your phone, for free, it is so ludicrously sketchy and tedious that it would still be impossible to recommendâ€ said gamesTM.

Over on 3DS thereâ€™s just one new game due out Thursday – Spicysoftâ€™s BIKE RIDER DX2: GALAXY (Â£2.69), a 2D racer where each â€œtrackâ€ is based on a sign from the zodiac. Lasers, whirlwinds and spiked blocks act as obstacles while power-ups turn your racer into a frog and give the ability of flight. Screenshots and a video can be found here. 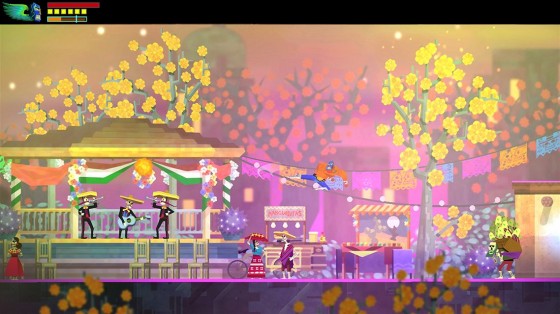 Phew! Many of the above are amongst the eShopâ€™s finest. Weâ€™d personally recommend Trine 2: Directorâ€™s Cut, Guacamelee! Super Turbo Championship Edition, Shantae and the Pirateâ€™s Curse and Runner2: Future Legend of Rhythm Alien. If you often have friends round then you can add Spin the Bottle: Bumpieâ€™s Party to that list too.

Sanuk are cutting their Wii U titles by a couple of quid each this week as well, including Bombing Bastards, Spot The Differences: Party! and Talking Phrasebook â€“ 7 Language. The 3DS though sees just one discount – Snow Moto Racing 3D at Â£3.59. Weâ€™re pretty sure this one is reduced on a monthly basis.