Demos are in decline it would seem. This comes as no surprise – in addition to adding extra development costs to already bulging budgets, it so transpires that playable demos were often counterproductive in driving sales. After trying out a demo gamers often felt that theyâ€™d â€˜been there and done thatâ€™ and as such all lost interest in buying the full game on a whim. A decent trailer was found to be more effective in bagging a sale, hence why even the smallest of releases have glitzy trailers these days.

But while demos are now seldom seen (18 months into the Xbox Oneâ€™s life, the amount of game demos available is barely into double figures) trials with time-limits are becoming more and more common. The difference between the two is that trials offer the full experience, rather than a small segment intended to impress. Once the designated time limited is reached, youâ€™re then prompted to pay up to either unlock or pre-order the full game.

Far Cry 4 on PS4 was one of the first to feature trial keys that could be sent to friends, allowing two hours of co-op play. The Crew, Trials Fusion, How to Survive and Metro Redux have since followed in Far Cryâ€™s footsteps, allowing 2 hours of play. 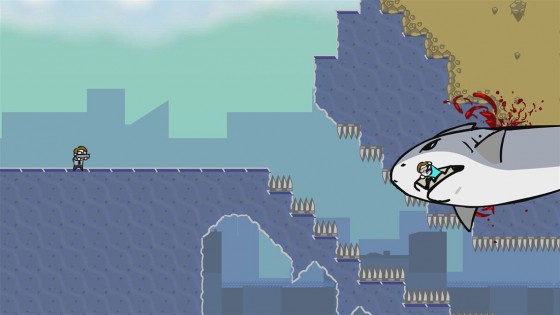 No Time to Explain takes the accolade of becoming the Xbox Oneâ€™s first pre-release trial. Once downloaded the full game can be played for thirty minutes. Even the achievements are unlockable, although going by True Achievements its only possible to unlock a single achievement within that timespan.

tinyBuildâ€™s action packed adventure resembles one of The Behemothsâ€™ efforts – like Alien Hominid, No Time to Explain made its debut on Newsgrounds – but has more in common with the almighty Super Meat Boy, requiring pixel perfect platforming skills and lightening quick reflexes.

The name is apt – the game begins with your future self bursting through a brick wall, lobbing a laser cannon into your mitts and loudly proclaiming that â€œThereâ€™s no time to explainâ€. What occurs next is a colourful escapade of time-travel, laser beams, shotguns, sharks and giant enemy crabs. The glowing beam of the laser cannon propels our unlikely hero off the ground – a technique used to get from A (the start of the level) to B (the level exit). Death is frequent, usually at the hand of spiked walls and floors – gentle use of the laser beam is required to maneuver without coming to a messy end, similar to using a jet pack. Itâ€™s purposely fiddly to control but fortunately mistakes arenâ€™t punishing in the slightest. Try, try again and eventually youâ€™ll reach the portal to the next stage. 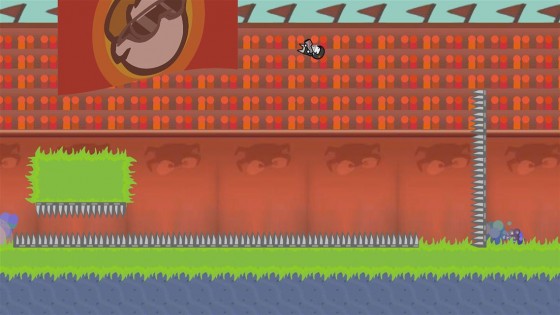 Levels are short but high in number, while boss battles – in which youâ€™re bestowed just a handful of lives – help to induce variety. Featuring some good old fashion attack patterns to learn, it looks as if the boss battles will be an undeniable highlight. Soon new weapons are introduced and with each new plaything a different technique has to be learnt and mastered. We managed to sample a shotgun so powerful that after being fired at point blank range it propels the mute lead through the air.

Even though we only sampled two weapons it would seem that sometimes luck is required more than skill. When using the shotgun in particular we found ourselves simply hoping for the best while being flung over obstacles.

The asking price might be an issue too – itâ€™s set to cost Â£11.99 ($14.99) on Xbox One, as opposed to Â£3.99 on Steam. Thereâ€™s fun to be had here, perhaps even enough to amass a cult following, but we worry that after a couple of hours of play some may start to feel a little short changed. Hopefully reviewers will have plenty of time to explain any potential shortcomings prior to the 17th July release date.