For a second week running the Wii U is being treated to a trio of prime Virtual Console cuts. We thought this may have something to do with Nintendo trying to make amends for the less-than-stellar E3 showing, but itâ€™s more likely a simple case of filling gaps in the eShop schedule.

Just a single Wii U indie release is due this Thursday – Padaone Gamesâ€™ Roving Rogue (Â£7.19), a 2D co-op platformer with pixel art visuals. The trailer can be found below and gives a good idea of what to expect – castles environments filled with constantly rising lava and whatnot.

After a three week delay, LEGO Jurassic World finally hits Wii U on Friday. Itâ€™s set to cost Â£34.99 in digital form. Why the delay? Warner never provided an official statement, so your guess is as good as ours.

They are the utterly essential The Legend of Zelda: Ocarina of Time (Â£8.99), often forgotten Nintendo DS classic Fire Emblem: Shadow Dragon (Â£8.99) and the GBAâ€™s Advance Wars 2: Black Hole Rising (Â£6.29). The only downer is that Ocarina of Time is the sluggish 50hz PAL version.

Finally for Wii U happenings, there are two discounts to mull over – SDK Paint (Â£2.99 until 9th July) and the apparently pretty good Zelda-alike Ittle Dew (Â£4.49 until 30th July).

The biggest 3DS release of the week is undeniably Shingeki no Kyojin: Humanity in Chains (aka Attack on Titan). Itâ€™s arriving as a premium priced release – Â£34.99. Nintendo Life reports that it’s a rough diamond: â€œAn underwhelming presentation and an unwieldily camera make it a tougher sell for non-fans, but if you’re willing to overlook those flaws, unchaining humanity can be a blastâ€.

Thatâ€™s joined by the somewhat cheaper Mega Man-alike Mighty Gunvolt (Â£3.19) and the even cheaper still online pirate ship sim Fantasy Pirates (Â£1.99). EnjoyUp are at the helm of that last one.

Vertical shooter Karous -The Beast of Re:Eden- (Â£4.79) is making its 3DS debut in Europe this week too. The original Karous was the last ever official third-party Dreamcast release. Like that game, The Beast of Re:Eden is likely to appeal to hardcore ‘shmup’ fans only. 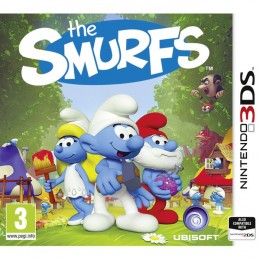 In addition to the above, three licensed retail downloads also head to 3DS – The Smurfs (Â£19.99), Paddington: Adventures in London (Â£24.99) and YAKARI: The Mystery of Four-Seasons (Â£24.99). Although due to appear on store shelves on Friday, we struggle to find a single screenshots of The Smurfs. Read into that as you will.

This leaves us with the weekâ€™s 3DS discounts. Highlights include Phoenix Wright: Ace Attorney – Dual Destinies (Â£11.19 until 16th July), Tappingo (Â£1.69 until 23rd July), Doodle Jump Adventures (Â£4.99 until 16th July) and The Legend of Dark Witch – Chronicle 2D ACT (Â£2.39 until 23rd July). The lowlights? A bunch of match-three puzzlers and hidden object games too tedious to detail.