An unprecedented amount of games have entered the UK top twenty this week. Unprecedented for this time of year, anyway. Say hello to five fresh faces. 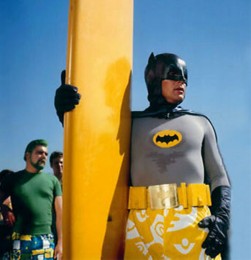 Chart-Track informs that Arkham Knight not only managed to beat Arkham Cityâ€™s launch week sales, but it also â€œcomfortablyâ€ outperformed The Witcher III – the previous fastest selling game of 2015.

The next highest new entry is Yoshiâ€™s Woolly World at #4. Curiously, it takes that position in both the all-formats and individual format charts.

We hoped Splatoon would stick around in the top ten for another week, but alas, Nintendoâ€™s colourful shooter has taken a tumble from #8 to #19.

Then at #10 it’s FF XIV: Heavensward. Fellow console MMO The Elder Scrolls Online is still in the top ten too, currently at #3.

Two-wheeled racer MotoGP 15 meanwhile makes its arrival at #13 with the Xbox One version proving to be the most popular.

The fifth and final new entry for the week is fighting game mash-up J-Stars Victory VS+ at #18. It was the PS4 version that came out on top. The PS3 version made #5 in the PS3 chart while the PS Vita entered at #3 in the PS Vita top 20.