Who dares go up against Batman: Arkham Knight, one of the highest rated and most anticipated games of the year? Amazingly, it looks like a lot of publishers arenâ€™t put off by the caped crusader’s presence – itâ€™s a curiously busy week for new releases. The E3 aftermath, even.

After spending ten hours (or thereabouts) with Arkham Knight weâ€™re still only 25% through. The pace is still yet to let up – as soon as one event is over trouble is soon found brewing elsewhere, and with usually a surprise or two along the way. Itâ€™s hard to think of another current-gen experience that has left us similarly breathless. 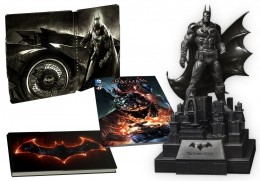 Not everybody has been enjoying their time with Bats, though. PC gamers have found their version to be a botched effort, with textures failing to load and some effects altogether missing. The collectorâ€™s edition that includes a statue was hit by a delay too, while the Batmobile edition was cancelled due to quality control issues. Warner has tried to put things right, however, compensating those left without the versions they pre-ordered and also making the alternative Batman skin pack free to download.

After Arkham Knight itâ€™s a toss-up between Final Fantasy XIV: Heavensward and Yoshiâ€™s Woolly World as to what’s the second biggest new release.

Reviews of Yoshiâ€™s Woolly World started to surface earlier this week. Theyâ€™re hardly in abundance though, which we can attribute to the US version being pushed back until October. And neither are they glowing, with most reviewers claiming that although utterly charming itâ€™s short on new ideas.

â€œA perfectly competent platformer, perhaps Yoshiâ€™s best since Super Mario World 2, but one that is far less unique than its visuals suggestâ€ said The Metro before handing out a solid yet unspectacular 7/10. GamesRadar echoed this, giving it 3.5/5. â€œA cute, well-crafted platformer that loses momentum fast, and plays things far too safe to ever be essentialâ€ came their verdict. 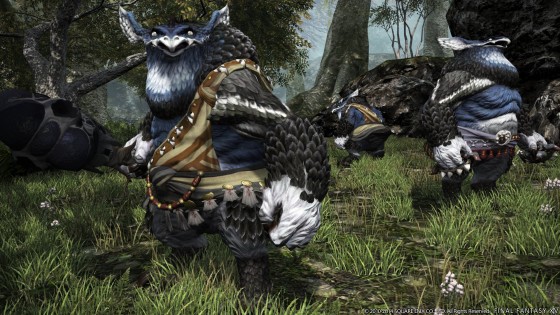 A la the recent Elder Scrolls Online, donâ€™t expect to see reviews of Heavensward appear for a good week or so after launch due to scope and scale. Early word has it though that Square-Enix has listened to fanâ€™s requests and crammed this MMORPG expansion with content, adding new features as well as enhancing olders ones such as the job system. Itâ€™s worth mentioning that Amazon has a double pack containing both A Realm Reborn and Heavensward for just fiver more than the standard version.

Another heading to exclusively Sonyâ€™s systems is J-Stars Victory VS+ – the first in the animie beatâ€™em up series see a European release. Featuring characters from Dragon Ball Z, Bleach, One Piece, Naruto and more, itâ€™s out this Friday on PS4, PS3 and PS Vita. Apparently itâ€™s a clunky but fun fighter, comparable to the Dissidia: Final Fantasy series. 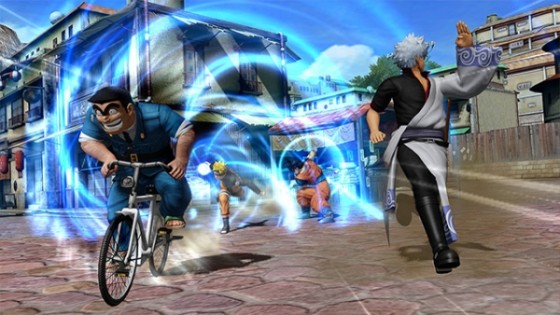 Before we get onto the downloads thereâ€™s just one more retail release to cover – the multi-format Moto GP 15. The first review out the door – and currently the only review available – comes from Spanish gaming site Hobby Consolas. Google Translate informs that although a decent racer with tight controls, it feels more like an update than a totally new game due to the amount of recycled content.

We canâ€™t quite say the same for Astebreed (Â£11.99) – a very well-received retro space shooter – and the somewhat more realistic space combat sim Starlight Inception (Â£13.99). Both head to PS4 this week after being available on Steam for some time. Starlight Inception didnâ€™t go down too well with the PC fraternity, so consider that a warning.

Also heading to PS4 this week – free-to-play online shooter/MMO hybrid PlanetSide 2. Apparently the servers quickly became clogged on launch day (Tuesday) and are still yet to recover. Why the rush to try it out? Probably because PC gamers hold it in very high regard. 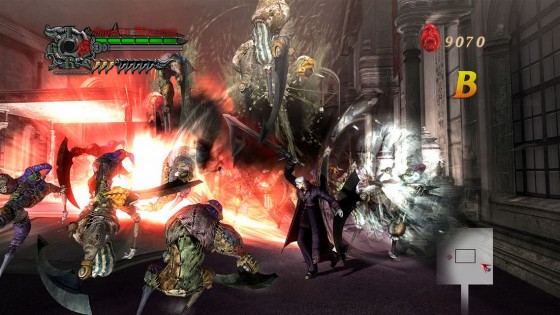 This leaves us with Devil May Cry 4: Special Edition on PS4 and Xbox One. The PS3/360 original from 2008 was met with decent reviews, even gaining an 8/10 from EDGE. It appears to have received enough spit and polygon polish to bring it up to todayâ€™s standards. Currently this 1080p special edition stands with a Metacritic of 78%, comprising of a surprisingly lofty 9.5 from Destructoid and an 8.0 from The Jimquisition.

â€œThanks to the improvements made â€“ and maybe the lack of anything like it outside of maybe Bayonetta 2 â€“ it was a true pleasure to return to Capcomâ€™s world of jacked up angels, plant dragons, and Dante hamming up every single delicious scene heâ€™s in. Truly, itâ€™s good to be back. Itâ€™s better to be back than it ever wasâ€ came Jim Sterlingâ€™s verdict. â€œI still really like the baddie who is a scientist but also a beeâ€ he duly added.

Apparently Swery57 – of D4 and Deadly Premonition fame – had a helping hand in this conversion. Thatâ€™s enough for us to give it a second chance.