Last week was a quiet one for the UK eShop, save for surprise VC arrival EarthBound Beginnings and 3DS adventure Xenodrifter. This week, on the other hand, is the busiest in recent memory.

Yoshiâ€™s Woolly World is the biggest release, arriving in Europe almost four months before America. Itâ€™s set to cost Â£34.99 on the eShop and until 20th August itâ€™ll come with a free download code for Yoshi Touch & Go on Wii U.

As we always point out though a physical copy can be found cheaper online – itâ€™s currently Â£26.66 to pre-order from GameSeek.

Will Yoshiâ€™s Woolly World join Splatoon in the UKâ€™s top ten next week? It stands a good chance. 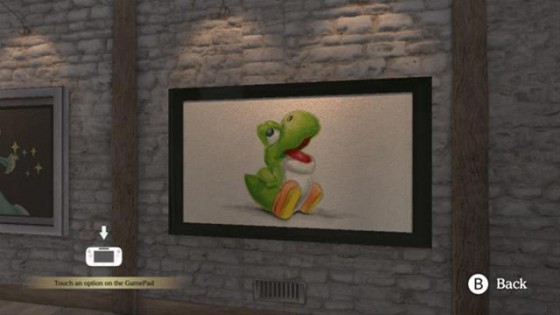 Art Academy: Atelier is also due out as a retail release in the future. Those who own Art Academy: SketchPad can get an extra Â£3.59 off the Â£24.99 asking price. This iteration allows user’s creations to be uploaded to YouTube, in addition to the standard Miiverse support.

Then we have three â€œnewâ€ Virtual Console releases for Wii U – the Nintendo DSâ€™s Kirby: Mouse Attack (Â£8.99), late N64 release Kirby 64: The Crystal Shards (Â£8.99) and Dr Kawashimaâ€™s BRAIN TRAINING: How Old is Your Brain (Â£6.29). Weâ€™re pretty sure that last one was available for free several months ago.

Before we get onto the 3DS releases there are more Wii U games to cover – Activisionâ€™s co-op puzzler Shiftlings (Â£13.99) and the rather brazen Minecraft clone Cube Life: Island Survival (Â£5.39). With Minecraft on Nintendo formats unlikely to ever happen, Cube Life may end up selling surprisingly well.