The original June 2014 release date for The Elder Scrolls Online was beyond hopeful – Bethesda really didnâ€™t have a hope in heck of getting the console iterations of the ambitious MMO shipshape in time. This week it finally makes its way to store shelves, twelve months later than planned.

And wouldnâ€™t you know it – itâ€™s seemingly still in need of more time. Those who purchased a copy earlier this week were hit with an almighty 15GB update and series of log-in errors. We arenâ€™t technical gurus, but surely all Bethesda had to do was make sure the servers could cope with the amount of players expected on launch day. The pre-order totals should have provided a decent enough estimate. 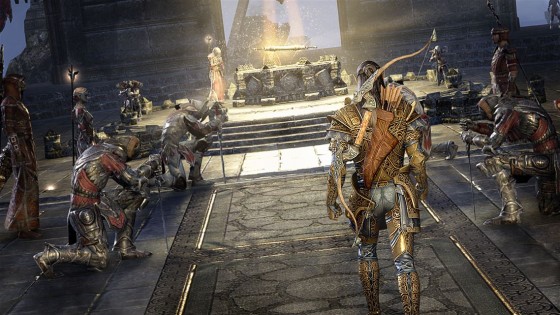 Of course, those log-in errors will be fixed sooner rather than later. Chances are people are enjoying collectively monster slaying right now. As for reviews though, itâ€™s likely that we wonâ€™t see the first batch surface for a good week or so yet, such is the scope and scale of the game. This introduction to the first five hours may help your purchasing decision, but bare in mind it was penned by Bethesda themselves.

Weâ€™re still waiting on reviews of LEGO Jurassic World too, which is likely down to Warner Bros. not wanting to let any potential movie spoilers slip. Weâ€™re mildly confident that itâ€™ll be one of the better LEGO games, and thatâ€™s despite the fact that it features scenes from the awful Jurassic Park III. Incidentally, and as we pointed out earlier this week, the Wii U version is running late by a week. 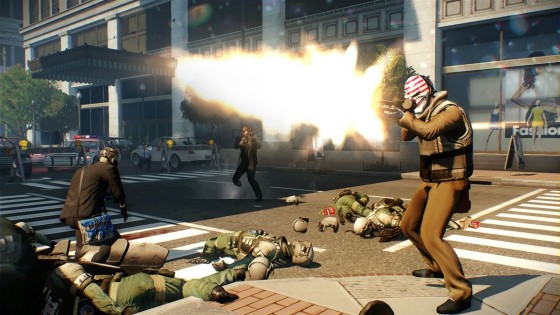 Payday 2 Crimewave Edition is another thatâ€™s currently review shy, but again, weâ€™re confident about this one too. We really enjoyed 2013â€™s last-gen iteration, giving it an 8/10: â€œRequiring planning, patience and a degree of cunning, Payday 2 is one of the most refreshingly different shooters of recent timesâ€ we said. The visuals were undecidedly rough but the 1080p makeover this Xbox One/PS4 version has received should fix that. Expect to pay around Â£30.

Presumably because E3 is just days away, itâ€™s a very quiet week on the download services. A Zen Studios CastleStorm Super Bundle (Â£11.99) is due on Xbox One, PS3 and PS Vita, containing CastleStorm â€“ Definitive Edition plus the Iron & Steel Pack for Zen Pinball 2. The Jackbox Party Pack also makes a belated PS3 appearance (Â£21.99) while Angus hates Aliens (Â£4.99) heads to PSP, PS Vita and PS3 via PS Minis. A retro side-scroller seemingly influenced by SEGA’s Alien Storm, we rather like the look of this.

This leaves us with Monster Jam Battlegrounds on Xbox 360 (Â£11.99) – a muddy and messy racer offering physics-based skill and stunt challenges in addition to the usual arena and stadium races. Thereâ€™s a demo available – something unexpected considering the cheap price tag.