Itâ€™s sad to say that Wii U owners are probably used to being treated as second-rate console owners by now. Thatâ€™s something that wonâ€™t be changing any time soon, especially with news that LEGO Jurassic World isnâ€™t due out on Wii U until a week after the official launch. 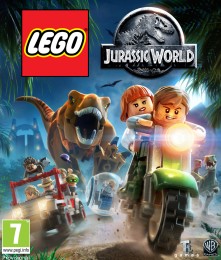 As such, the Wii U version is absent from this weekâ€™s eShop line-up. LEGO Jurassic World is still heading to the 3DS eShop though, priced at Â£24.99. Both GAME and Amazon currently have the physical release available to pre-order for Â£20.99, but to fair Warner Bros’s asking price could be a lot higher – weâ€™ve seen digital releases arrive on the eShop for over Â£30.

Is it worth buying? Weâ€™ll probably never be able to provide a firm answer – the last two 3DS LEGO games received so few reviews that they don’t even have a Metacritic score.

At least we can always rely on Mario to bring the goods. Cue Dr. Mario: Miracle Cure (Â£8.99), due out Thursday on 3DS.

That subtitle relates to a new power-up that can wipe out all viruses of a certain colour or entire rows. A small addition, yet one thatâ€™s enough to put a welcome spin on multi-player mode, making victorious comebacks all the more likely. Itâ€™s possible to host a multi-player game using just one copy of the game too. 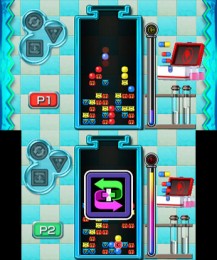 Itâ€™s even a case of slim pickings where discounts are concerned. Luv Me Buddies Wonderland falls to Â£8.90 on 3DS and Â£9.90 on Wii U, while fellow 3DS release Battleminer drops to Â£2.99. Fit Music for Wii U also gets a cut – down to Â£9.90 – as does the online-focused Cubemen 2 (Â£3.99). Apparently Cubemen 2 is a pretty good game but suffers from a lack of people to play against. Hopefully this discount will change that.