The current crop of consoles are seemingly playing swapsies this week. Thatâ€™s to say, the majority of â€œnewâ€ releases on the download services are simply belated conversions and whatnot. Save for Splatoon, things arenâ€™t looking all that fresh where retail releases are concerned either – cult adventure package Syberia Complete Collection heads to PS3 while Namcoâ€™s three-strong Fighting Edition collection (comprising of Tekken 6, Tekken Tag Tournament 2 and Soul Calibur V) launches on Xbox 360 for around the Â£20 mark.

On Xbox One the 2D procedurally generated Rogue Legacy (Â£11.99 or Â£9.59 with Gold) jumps ship from PlayStation 4, while colourful kart racer Beach Buggy Racing ($9.99 in the US; UK price unknown) makes a pitstop after first appearing on the likes of iOS and Android. The latter comes from Vector Unit, of aquatic racer Riptide GP 2 fame. Guess what? That launches on PS4 this Friday. We reviewed the Xbox One version and found it to be lacking in personality but a decent enough distraction. Worth the Â£4.49 asking price, certainly. 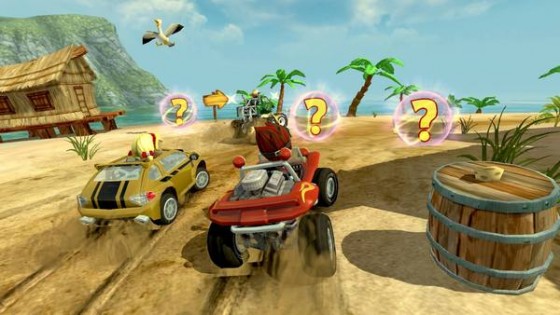 Fresh from the Xbox One and PC, Team 17â€™s well-received The Escapists arrives on PS4 for Â£14.99, heading to both PSN and retail. Thatâ€™s being joined on PSN by Octodad: Dadliest Catch on PS Vita (Â£11.49) open-world puzzle/driving curio Roundabout (Â£11.99) on PS4 – which faced a mixed reception when it launched on Xbox One back in February – and Ultra Street Fighter IV (Â£19.99). As pleasing as it is to see the likes of Ken and Ryu grace the PS4, Kotaku reports that itâ€™s a pretty sloppy conversion that suffers from chronic lag. Amazingly, title screen still says â€œPress Startâ€ even though the PS4 doesnâ€™t have a start button. Oh, Capcom!

Then thereâ€™s BADLAND: Game of the Year Edition, out Thursday on PS4 (Â£9.49) and Friday on Xbox One (price unknown). Originally released on mobiles, where it bagged Appleâ€™s iPad GOTY Award in 2013, this 2D physics-based adventure went on to receive over 20 million downloads. The trailer can be found here. Incidentally, itâ€™s also due out on Wii U next month. 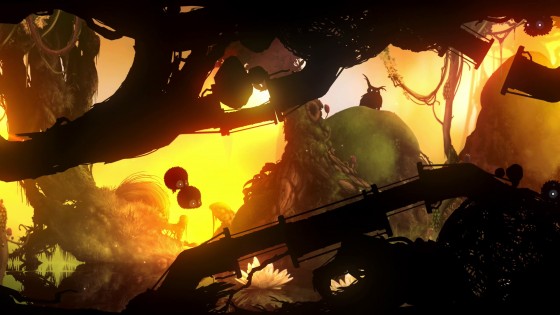 Speaking of Wii U, Splatoon arrives on Friday. Well, not at GAME anyway – their entire shipment was stolen. This puts those hoping to pick up a copy from a high street store in something of a pickle. With a bit of luck both Argos and HMV will be stocking it, in addition to some of the larger supermarkets. If you missed it, hereâ€™s our review round-up. In short: itâ€™s pretty darn good, if a little light on content. Fortunately it can be found for way less than Â£30 and post-launch DLC will be free.

3DS owners meanwhile get Fossil Fighters: Frontier. Itâ€™s Pokemon but with rampaging dinos, pretty much. If youâ€™re careful when excavating fossils, your soon-to-be-reborn dinosaur will be more effective in battle. A nice touch. It has a six-player online mode too. Weâ€™re kind of intrigued by this one.

As for other genuinely new arrivals, thereâ€™s Game of Thrones â€“ Episode 4: Sons of Winter. IGN believes itâ€™s the best episode yet. â€œGame of Thrones: Episode 4 – Sons of Winter delivers a dose of of the action we’ve all been waiting forâ€ they also claim. GameSpot on the other hand felt differently: â€œAs Telltale’s Game of Thrones passes its halfway mark, it takes a bit of a dip, staging a set of scenes that feels less like something you can control and more like something you can only passively watchâ€. They did report that it serves as a â€œstrong enough taster to make you hunger for Episode Fiveâ€ however. 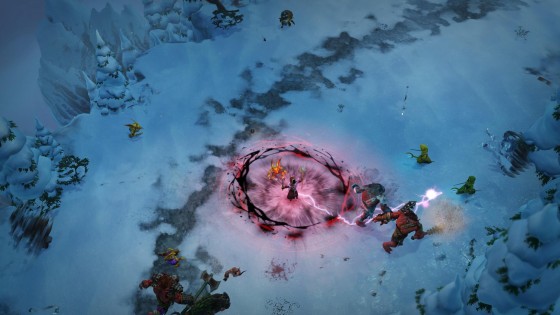 This leaves us with Magicka 2 on PS4 (Â£11.99), a top-down co-op adventure that has more than a whiff of Gauntlet about it. And a fragrant whiff at that.