The release schedule looks worryingly bare over the summer period. This is especially the case for the Wii U – after LEGO Jurassic World and Yoshi’s Woolly World in June the next big hitter is hard to pin down.

Worry not as Nintendo has the eShop to fall back on. The well-received survival adventure Don’t Starve: Giant Edition launches next week – with an extra gift copy for early buyers to pass onto friends – while Natsume plans to bring two of Arc System Worksâ€™ titles to the western world. 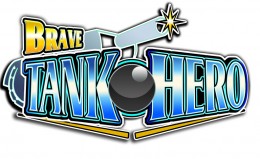 Gotcha Racing is due to hit 3DS in July. Itâ€™s fast-paced racer with a twist – car parts are gain by capsule machines. The focus, of course, is on creating the best vehicle possible using randomly supplied items. As you progress capsule machines that supply improved, thus more desirable, parts become available. 12 tracks will be on offer, in addition StreetPass race other players to receive even more parts.

Then thereâ€™s Brave Tank Hero, out on Wii U and 3DS in August. This one sounds similar to the Wii U launch title Tank! Tank! Tank! – a 3D combat title in which the enemy has to be driven out of a city over the space of 50 different missions. Three types of tank are promised, as well as boss battles against â€œfearsome boss tanksâ€. From the sounds of things enemies will be other military vehicles – thereâ€™s no talk of giant bugs, rampaging monsters or anything of the sort. Boo!

“The Arc System Works titles are exactly the type of high-quality niche titles we love to bring to our audience,” said Hiro Maekawa, CEO and President of Natsume Inc. “Fans have been asking for more pick-up-and-play experiences they can enjoy in short or long bursts of playtime, and we’re happy to be working with Arc System Works to provide exactly that to our fans!”