Itâ€™s another one of those weeks where the Virtual Console releases are the focal point of Nintendoâ€™s eShop schedule. Sorry, Swords & Soldiers II – we canâ€™t look past a delightful double whammy of Kirby’s Epic Yarn and Paper Mario.

Nintendoâ€™s decision to bring the incredibly well-received Kirby’s Epic Yarn to Wii U is clearly down to the impending arrival of Yoshi’s Woolly World. Itâ€™s set to cost Â£13.49 until 28th May; Â£19.99 thereafter. Best get it in early, then. N64 classic Paper Mario – the first in the long running series – will set you back Â£8.99. Again, thatâ€™s on Wii U. 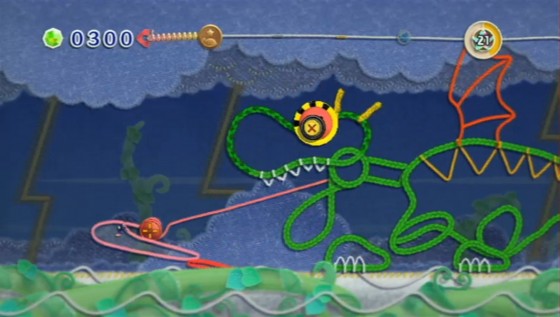 In fact, all of this weekâ€™s releases are for Wii U – the 3DS is merely set to receive a demo of Adventure Bar Story and a few price drops.

Swords & Soldiers II, then, is the sequel to one of the WiiWareâ€™s finests. Itâ€™s a humorous 2D strategy adventure starring a bunch of marauding Vikings. While searching for riches they come across demons and magic-carpet riding Persians, each with their own armies to defeat. It looks good, this. Just like Affordable Space Adventures though, itâ€™s arriving at a higher price than most eShop releases – Â£16.99.

This leaves us with Baila Latino (Â£24.90), an American Latin dancing game for up to four-players. Apparently publisher O2 Games are planning on bringing it to retail, along with four other casual Wii U titles. Luv Me Buddies Wonderland, anyone?

First-person curio Master Reboot meanwhile falls to Â£4.99 until 18th June while Shiny the Firefly is Â£6.29 until 20th June. A demo of that last one is also due this week.