The Witcher 3: Wild Hunt is just days away, but if you’re desperate to scratch that RPG itch right now then you may be interested in Final Fantasy X/X-2 HD Remaster. A remaster of an already existing remaster, it arrives on PS4 this week. 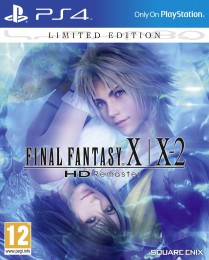 Itâ€™s available for around Â£35 from online retailers or for Â£44.99 via PSN. As well as a handy Cross-Save function, it also has the option of the original or remastered soundtrack. IGN gave it 9.3 earlier this week, prasing the upgraded visuals and improved lighting effects.

Even though FF Type-0 HD is barely a few months old, X/X-2 HD Remaster may perform surprisingly well in next weekâ€™s chart. Expect to see Wolfenstien: The Old Blood too, thanks to its standalone nature and sub Â£15 price tag. And the mostly glowing reviews, of course.

Intelligent System’s Code Name S.T.E.A.M. on 3DS may struggle to break the top 20 though. Puzzle & Dragons Z + Super Mario Edition only managed #32 in this weekâ€™s chart while Aprilâ€™s New 3DS re-release of Xenoblade Chronicles had to settle for #27 before leaving the top 40 the very next week.

American gamers received Code Name S.T.E.A.M. back in March where it was met with a lukewarm reception. Since release however Nintendo has rolled out a patch allowing the action to be fast-forwarded during enemy turns. This prompted Polygon, amongst others, to revise their reviews.

Over on the download services both Xbox One and PS4 see the release of Team 17â€™s colourful platform puzzler Schrodingerâ€™s Cat and the Raiders of the Lost Quark (Â£7.19 – Xbox One/Â£7.39 – PS4) and also Ubisoftâ€™s free to play AirMech Arena.

We spent a few hours with AirMech last night, mostly playing through the tutorials again. Why? Because thereâ€™s no facility to import saves from the Xbox 360 version. Developer Carbon Games promises they’ll add this in the future. This put us in something of an uncomfortable quandary – do we start it all again or wait for the update? As we hadnâ€™t spent any real money in the Xbox 360 version we decided to start anew. Itâ€™s a good job, then, that itâ€™s a pretty good game – an RTS that combines Transformers, Command & Conquer and the Mega Drive cult classic Herzog Zwei. Itâ€™s well worth a try.

As for Schrodingerâ€™s Cat, the PC version received very mixed reviews – everything from Hardcore Gamerâ€™s 4/5 to a right old critical mauling from Russian site Riot Pixels. According to Google Translate, they claimed that â€œthere is nothing even remotely decent about this gameâ€. Crikey. Itâ€™s probably best to wait for reviews of this new console iteration to appear, as no doubt the developers have made a few improvements of some description. 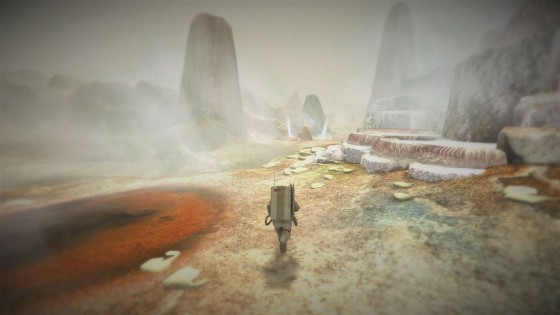 Lifeless Planet: Premier Edition (Â£15.99) on Xbox One is another facing a mixed reception. On the higher end of the score spectrum thereâ€™s ZTGDâ€™s 8.5 while on the lower end thereâ€™s the 2.5/5 handed out by GameRant. â€œThe game had me on the edge of my seat, exploring a planet with wonderful visuals and a mystery I just had to see to completion. Lifeless Planet is an absolute gemâ€ said the former. GameRant meanwhile simply found it boring and wasnâ€™t sold on the lack of any form of combat whatsoever.

Lastly, The Last of Us: Left Behind gets a standalone release on both PS4 and PS3 priced at Â£7.99. It also includes a 2 hour trial of the Factions multiplayer mode, which can be upgraded to the full version via the in-game store.