When it launched in 2013 Undead Labs’ State of Decay was a shining example of just how far the Xbox Live Arcade platform had come.

The first batch of XBLA titles were simple affairs that could hardly be classed as system sellers (Hardwood Backgammon, anybody?) but over time the Xboxâ€™s downloadable titles became substantial to the point where some could easily rival full price retail releases in terms of content. What could be more substantial than an open-world zombie survival game with resource management and tower-defence elements? We fail to think of an answer.

Sadly, State of Decay was also a good example of how some games can be too ambitious for their own good. Some ideas felt malnourished or werenâ€™t explained fully, forcing newcomers to make some rather punishing mistakes in the case of the latter. Nevertheless, it was heralded as a ‘diamond in the rough’ by many. Even an abundance of glitches and a few technical niggles couldnâ€™t scupper what it had to offer – a curiously addictive package that wasnâ€™t just about thinning crowds of zombies by any means necessary; there was a remarkable sense of creating a community too. Love thy neighbour, then head out and kill zombies together. 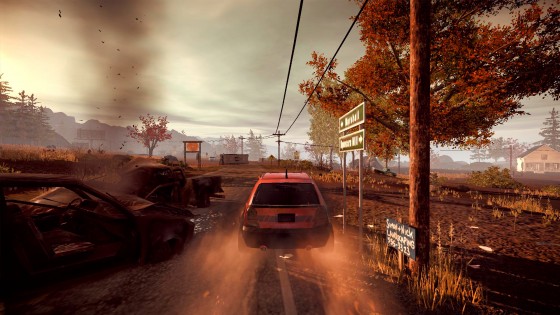 State of Decay: Year-One Survival Edition contains the 2013 original plus add-on packs Lifeline and Breakdown. The resolution has been bumped to 1080p, lighting effects have been enhanced and there are a few other visual nips and tucks. Shoddy animation serves as a reminder of the games’s roots but overall itâ€™s more than sufficient when it comes to looks. Sunsets in particular are alluring – when dusk comes itâ€™s all too easy to forget that the county of Trumbull is experiencing one hell of a zombie infestation.

Love thy neighbour, then head out and kill zombies together

The festering undead are even coming out of the god damn walls due to those aforementioned irritating glitches being present still. Indeed, the overhaul State of Decay has received is more visual than technical. We also came across a NPC that refused to follow us, prompting a return to the menu screen to reload the last save.

Saving is something of a touchy subject. There are no second chances here – as soon as a survivor snuffs it, or a mission objective takes an unexpected turn in the wrong direction, the auto-save kicks in to prevent players reloading the previous checkpoint. Achievement hunters in particular are going to dread the military-based Lifeline DLC, as here the focus is on finding high value targets and escorting them back to an army base. If they die, then you can kiss an achievement goodbye and then face having to start the whole 6-7 hour add-on again. We accidentally lost one of the main quest givers during combat, which not only meant we couldnâ€™t unlock the ‘good’ ending but it also made the remaining duration feel rather sparse. On the whole though Lifeline is a pretty meaty piece of content, and unlike Breakdown itâ€™s set in an entirely new city, albeit one thatâ€™s mostly formed of motorway. 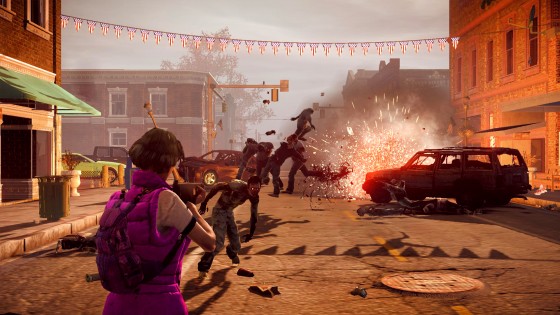 Had we paid money for Breakdown when it was first released we would have been severely disappointed. Itâ€™s what State of Decayâ€™s â€˜end-gameâ€™ should have been – a chance to revisit Trumbull to checkout anything that was missed first time round. Itâ€™s set in the same location, if you hadnâ€™t already guessed, only now the objective is to fix up an old RV wagon and escape the county. Your reward for doing so? You get to do it all again, only with fewer resources, fewer vehicles and even deadlier zombies. This add-on is aimed at battle-hardened players who are looking to push survival skills to their limit. For those who are well and truly gripped, Breakdown will easily push playtime over the 30 hour mark.

The good news is that State of Decay is easy to fall for. Itâ€™s bold and brash when it comes to combat and it has a slight strategic slant when it comes to survival. Once the opening is out of the way the story shifts to a countryside county full of farms, diners, garages, warehouses and a few other industrial buildings. An abandoned church provides shelter which can then be upgraded with watchtowers, additional sleeping facilities and more. Upgrades require building materials though, and these are in short supply. Food stashes, ammo reserves and medical supplies are somewhat more bountiful. Or at least, they are to begin with. Such supplies never respawn thus forcing you to travel deeper and further into the county to find new stockpiles. Your zombie ravaged community consumes resources on a daily basis, in one way or another, and if supply falls short you will soon hear about it not to mention suffer the consequences. 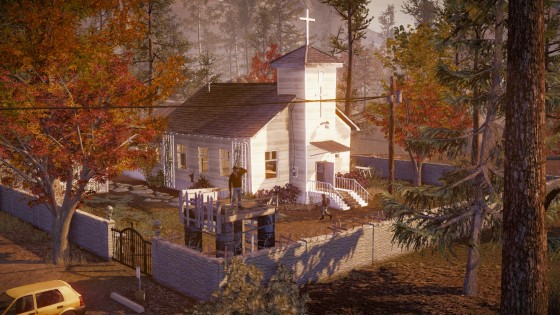 Eventually time will come to pick up sticks and relocate to a bigger base. A change in homestead helps to keep things fresh, while opening up chances for different missions. The majority of objectives involve either rescuing other survivors – some of which will join your merry posse – or helping out the handful of factions, which in turn advances the storyline. In some instances decisions made will affect the eventual outcome. Itâ€™s certainly a good idea to rescue as many survivors as you can though as these act as lives. Once theyâ€™re gone, theyâ€™re gone for good.

Be prepared to lose more than a few survivors while learning the basics. This is a punishing game where even the smallest mistakes leave a sting. The upshot of this is that the atmosphere is constantly tense. Fresh faces can only take three hits before hitting the dirt and usually those first two hits will come in quick succession as the zombies are just as bitey as they are grabby. After being left with just a smidgen of health often all you get is a few seconds to make a getaway and recover. This is where explosives come in handy – a well placed landmine or a petrol bomb lobbed with precision can help escape death, but as noise draws out the zombies theyâ€™ll soon be back on the scene. Theyâ€™re even alerted to the noise of survivors rummaging through cabinets and such for supplies, making even a straightforward resource run a nerve wracking experience. 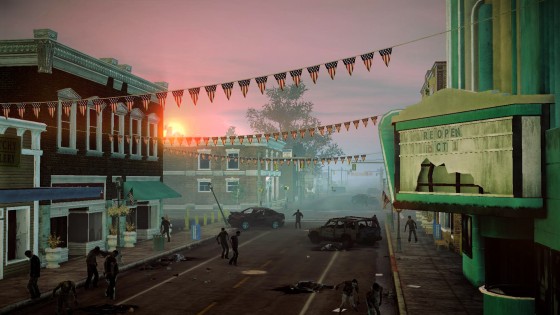 Arguably, what State of Decay excels at the most is keeping players engaged for long periods. We aren’t ashamed to admit that average session was around the five hour mark. When heading back to the homestead another mission – or sometimes even two – will appear on the map and usually close to your proximity. The main story missions meanwhile are drip fed at a rate of one every 45 minutes or so, and of course thereâ€™s the requirement to constantly collect resources too. Resources take up a hefty amount of inventory space but thankfully itâ€™s possible to fill vehicles with supplies. Vehicles canâ€™t take a great deal of damage however, and just like resources they donâ€™t respawn. Mysterious package drops notwithstanding.

It’s easy to see why State of Decay has a large following. By taking elements from all kinds of other genres while filling it with moments that test the mettle of even those who were weaned on the likes of Resident Evil, Undead Labs managed to put a much needed spin on the zombie survival genre. Yet, we’re still in belief that State of Decay doesn’t fully fulfil their vision and with a sequel all but confirmed itâ€™s hard to perceive it as anything other than appetiser of what’s to come.