Due to a dearth of big name releases store shelves have been rather stagnant of late. Expect to see some new faces come Friday though as this week sees eight new titles head to retail. By our reckoning, anyway.

Even Wii U owners have something to dash out and purchase – the (mostly) well-received Kirby and the Rainbow Paintbrush. Kirbyâ€™s latest – known as Kirby and the Rainbow Curse in the US – was given 9/10s from Destructoid and EGM when it launched in America earlier this year, along with 8/10s from EDGE and IGN. It hasnâ€™t pleased everybody, however – The Metro gave it a critical mauling due to a lack of ideas and a short running time. Giant Bomb wasn’t impressed either. 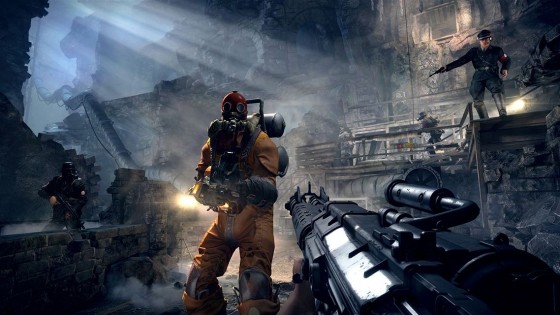 In a perfect world standalone prequel Wolfenstein: The Old Blood would be gracing shop shelves too, but somewhat cheekily Bethesda set the digital and physical releases a week apart. Prices donâ€™t differ a great deal, thankfully – itâ€™s available now on PSN and on Xbox One store for Â£14.99. The physical version can be pre-ordered for a couple of quid less, but like we said thereâ€™s not much difference.

Scores have been varying between 7 and 8 with â€œshort but sweetâ€ being the general consensus. â€œWolfenstein: The Old Blood operates just like an old school PC expansion should, and if you liked New Order, this is a no-brainer. In fact, due to the pulp feel of the second half I even slightly prefer it to the original, and the two interconnected plots are incredibly easy to swallow in an afternoonâ€ said Destructoid. The Metro meanwhile found solace in the fact that there were no last-gen versions holding it back. To quote: â€œ…the graphics are actually slightly better than The New Order, as thereâ€™s no last gen consoles to constrain itâ€ 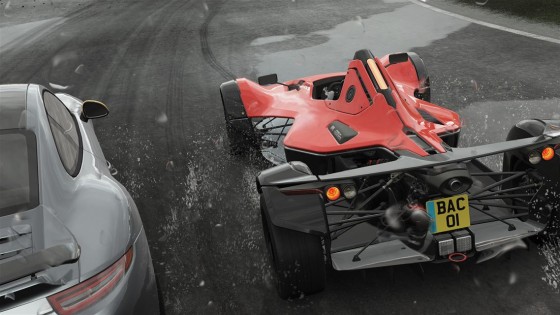 Thereâ€™s no reason to doubt that Project CARS wonâ€™t be flying off shelves. The anticipated racer has been delayed several times, much to the fustration of those who helped crowd fund it way back in 2012. Indeed, Project CARS has been a very long time coming. When it was first revealed Xbox 360 and PS3 versions were on the agenda but fell to the wayside as development progressed. The Wii U version is still coming though. Incidentally, the Wii U gets its first third-party retail release of the year this Friday in the form of physics-based platformer Teslagrad. That’s unless it has been delayed again, anyway.

Going back to the subject at hand, Project CARS appears to have been worth the wait. â€œThe earnest, hard-fought drama of its real-world track action is enough to earn Project Cars a recommendation for any fan of a good, old-fashioned motor raceâ€ said Eurogamer when chalking up their initial impressions earlier this week. GamesRadar however went one better and reviewed it. â€œWhereas Gran Turismo 6 managed to fool my brain for a few seconds into thinking I was looking at reality, this has entire minutes of perfection where I simply can’t believe my eyes. If only it were a little more polished and consistently awesome, it would be a classicâ€ was their verdict. 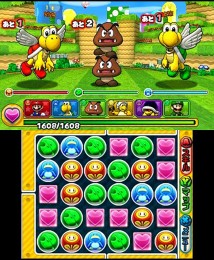 As well as Teslagrad and Kirby and the Rainbow Paintbrush Nintendo fans also have Puzzle and Dragons Z + Puzzle and Dragons Super Mario Bros. Edition on 3DS to consider. Now thereâ€™s a name that rolls off the tongue. For those not aware, the match-three puzzler became a runaway success when it hit Japan as a free to play mobile release. It has been downloaded over 41 million times since launch in 2012, generating an estimated $1m a month in revenue. As well as plain old Puzzle and Dragons, this 3DS version includes a story mode involving magical orbs appearing all over the Mushroom Kingdom. Oh, and Princess Peach has been kidnapped by Bowser. Quelle surprise.

Donâ€™t let the fact that itâ€™s a mere match-three puzzler put you off. â€œOn the surface of it, Puzzle & Dragons Z and the Super Mario Bros. edition of the game are mindless match 3 puzzle games – but that casual, family-friendly aesthetic belies a pair of deep and complex strategy RPGsâ€ claimed Lazy Gamer. Nintendo Insider meanwhile reckoned that itâ€™s well worth the Â£24.99 asking price, and thatâ€™s despite it originally being a free to play release. â€œBursting with content that will keep you busy for hours on end, this portable puzzler duo is well worth the modest price tagâ€ they said.

Then we have Arcania – The Complete Tale on PS4 – the first of Nordic Games’ current-gen revamps. Darksiders 2: Definitive Edition and Legend of Kay HD are to follow in the coming months. Expect to pay between Â£20-Â£25 for each of these.

It wasnâ€™t all that long ago that we played through Arcania: Gothic 4. Itâ€™s a very straightforward and surprisingly accessible RPG that doesnâ€™t take an eternity to complete. Around 15 hours, if memory serves. What pleased us most about it is that itâ€™s not bloated with half-baked ideas – something European RPGs always seem to suffer from. This time round the resolution has been bumped to 1080p and the frame rate has been improved. The press release claims that â€œenvironmental effects are now deeper and more engagingâ€ but to be fair weâ€™re not really sure what this means. Better lightning and shadow effects, perhaps? 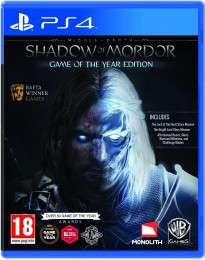 The PS4 also gets a retail release of The Last Tinker this week. A second chance of success, if you will – despite getting decent scores this colourful platformer sunk without a trace when it hit PSN last year. It was such a huge flop, in fact, that the Xbox One release was axed. Unfortunately though itâ€™s another one of Soedescoâ€™s premium priced releases thatâ€™s knocking on Â£30. With a bit of luck itâ€™ll drop in price sooner rather than later. GAME usually cuts the price of Soedescoâ€™s retail offerings a month down the line.

The new releases donâ€™t end just yet – Middle-Earth: Shadow of Mordor – Game of the Year Edition is out now on PS4 and Xbox One. If youâ€™re thinking that this has come out of nowhere then youâ€™re right – it was only announced last week. It even appears to have taken retailers by surprise as few are stocking it. Maybe theyâ€™re looking to offload copies of the vanilla version first?

A round up of new PSN releases finishes the week off. The Amplitude alike Cosmophony hits PS4, PS3 and PS Vita for Â£3.99 while Chariot makes a belated PS3 appearance for Â£11.99. We enjoyed Cosmophony on Wii U. Itâ€™s a little hard to recommend to those who arenâ€™t into drum and bass though as the music is provided by a single artist – DnB Arenaâ€™s DJ Salaryman. As for Chariot, itâ€™s excellent with a pal by your side but a bit of a slog on your lonesome.

Early PS2 titles Star Wars Jedi Starfighter and Star Wars Starfighter hit PS3 as well. You canâ€™t blame Disney for wanting to exploit their back catalogue. At Â£7.99 a piece exploit certainly is the right word to use there.