With a Â£16.99 price tag, Affordable Space Adventures certainly doesnâ€™t live up to its name. We actually to fail to think of a single eShop release thatâ€™s arrived at a higher price, downloads of retail releases notwithstanding.

That name wasnâ€™t picked simply because it sounds delightfully quirky though – itâ€™s all about exploring space while on a budget. The Wii U GamePad is used to tweak the spaceshipâ€™s internal gubbins while you navigate planets and sneak past robots. In co-op mode, one player takes control of an engineer while the other plays as a pilot. A scientist can join your merry (starship) enterprise too, controlling the shipâ€™s scanner and flashlight. 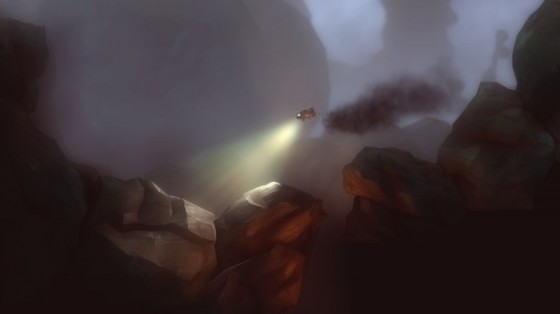 Nintendo Life gave the Wii U-exclusive an 8/10 earlier this week, claiming that â€œThere’s nothing else quite like this out there, and it’s certainly a trip worth takingâ€. They also called it â€œone of the eShop’s top-tier gamesâ€.

Just one other new release is heading to the Wii U eShop this week and thatâ€™s Guac’ a Mole (Â£3.19). Very clever. Well, it would be if half-a-dozen Mexican restaurants didnâ€™t share the same name. Details are thin on the ground but – and as the name suggests – it appears to be a Whack a Mole variant. Unless weâ€™re mistaken it made its debut on the App Store. Read into that as you will.

Over on 3DS meanwhile thereâ€™s the free PokÃ©mon Rumble World – with in-app purchases, natch – and the tranquil puzzler Quell Memento (Â£3.19), a the sequel to last yearâ€™s Quell Reflect.

Theyâ€™re being joined by My Pet School 3D (Â£24.99), in which itâ€™s possible to teach animals road safety before helping them to become movie stars. We fail to see how those two events are connected.

Itâ€™s not exactly a riveting week where discounts are concerned either. Especially when the only ones worth mentioning are WRC FIA World Rally Championship The Official Game (Â£16.99 down from Â£29.99) and first-person dungeon crawler The Keep (Â£5.49 down from Â£7.99). Weâ€™re not even sure if WRC is any good – weâ€™re still yet to see a single review. At least weâ€™re giving it the benefit of the doubt, eh?