Having played most – if not all – of the promotional freebies that have appeared on Xbox Live over the years, we feared the worst when taking this cunningly disguised movie tie-in for a spin. It was the achievement list that set these fears into motion – it has clearly been designed so that every single one can be unlocked with minimal effort.

After discovering this, memories of the horrid Doritos Dash of Destruction and more recent TMNT: Training Lair came flooding back. These two in particular felt like little more than throwaway promotional products, taking less than a paltry hour to finish fully. Interactive adverts, if you will, offering nothing more than a Gamerscore boost in return for putting up with their ghastly ways. It transpires that our fears were misplaced, and greatly so. Considering Microsoft will eventually be charging Â£7.99 for this standalone expansion, perhaps we shouldnâ€™t have had any doubts at all. 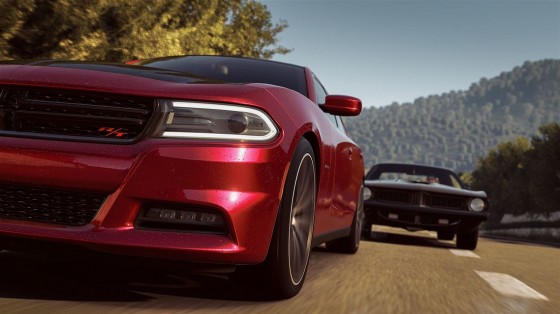 Although the overall ease of the achievements does rob it of replay value – 1000G is entirely possible after just five hours of play – this doesnâ€™t feel like a slapdash effort in the slightest. The difficultly level in particular is well refined – the assumption is made that those playing have never tried a Forza Horizon game before, and so the first few events teach the basics before introducing the skill system that rewards stylish driving with score multipliers. Most events are a breeze but the last few can take a few attempts to complete, while the memorable final challenge – which we wonâ€™t spoil – allows very little leeway for error.

There isnâ€™t a story, as such, but there is a premise. After becoming a renowned driver at the Horizon Festival, Tej (played by Ludacris) seeks assistance in adding ten rare and exotic cars to his collection. By sheer coincidence, every single one of these elusive motors is currently in Nice, France. Tej arranges the events and gives a brief description of what they entail before they commence. Backed by some gentle words of encouragement, itâ€™s then up to you to win the pink slips before jetting out of Nice with a cargo plane full of fancy cars. 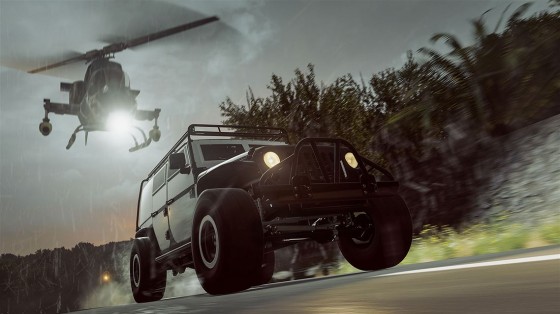 The Xbox One and Xbox 360 versions differ slightly when it comes to events, with the Xbox One iteration having a bigger focus on free roaming checkpoint races, including one set on a golf course. Both versions offer plenty of variety though with challenges ranging from drag strip races set on Nice’s picturesque streets to a spot of wanton dockside destruction in a Jeep Wrangler. Not every vehicle in the ten-strong hit list is fresh off the production line either. There are a few retro muscle cars to gain, in addition to a secret vehicle – a rusty old banger found in a disused farmhouse. Once discovered, Tej kindly pays for it to be renovated.

The first few events have to be completed in a set order while the final few – which include bagging a Bugatti Veyron for the collection – can be completed as you please. After the fifth car on Tejâ€™s list has been added to the garage the option to free roam with friends online opens up, albeit only in the Xbox One version. It’s a feature we really didn’t expect, further enforcing the fact that Playground Games have put their all into this. Xbox 360 owners have to make do with rival races against ghost cars. 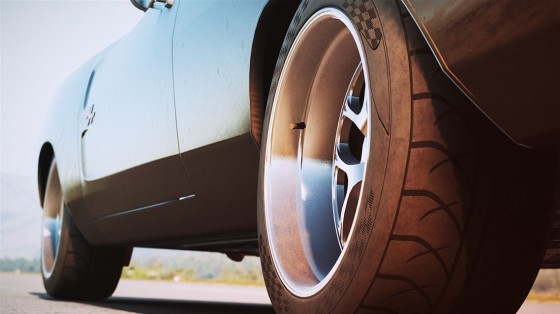 Other distractions come in several forms, including billboards to find and smash, speed cameras to whizz past and a grand total of 135 roads to discover (which should give a rough idea of the map size). The bucket list events also make a welcome appearance.

We wouldnâ€™t go as far as saying that Forza Horizon 2 Presents Fast & Furious is small but perfectly formed, but itâ€™s certainly a substantial and stylish enough package and never does it feel like a glorified demo. Play sparingly and you should be able to squeeze a good two or three eveningâ€™s worth of entertainment.

It does have some shortcomings, but theyâ€™re the kind we expected such as some rather predominant adverts promoting Forza Horizon 2 itself. Another mild downer is the limited music selection – in most instances thereâ€™s just one music track per event. To be fair, a choice of radio stations probably would have been too much to ask for, especially when it offers a lot more than what we initially expected.