Just two new arrivals head to the Nintendo eShop this week, both of which are for 3DS. Wii U owners arenâ€™t even being treated to a wealth of discounts to make up for a lack of activity, with just two titles in line for a temporary price drop. Gravity Badgers (Â£2.49) and the Earthbound inspired Citizens of Earth (Â£6.69), if youâ€™re curious.

Good old GamesMaster magazine gave the world the first review of Xenoblade Chronicles 3D, where it walked away with an impressive 90%. In short: itâ€™s a cracking conversion, but it lacks some of the Wii versionâ€™s grandeur on the smaller screen. 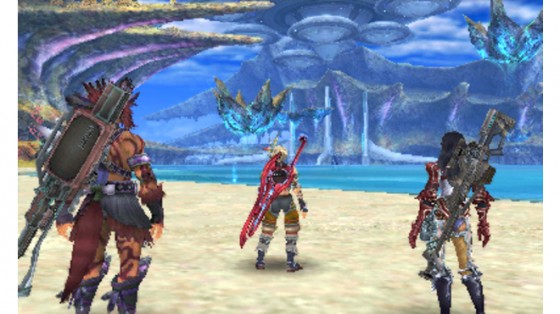 gamesTM and God is a Geek both gave it 9/10, while The Metro settled on an 8. â€œ Still the best Japanese role-player of the last generation, even if squeezing it down onto the New 3DS does it few favoursâ€ was their final verdict.

The 3DS version of Citizens of Earth is also being cut. Â£6.69, likewise.