Although eleven new releases are lined up for the UK Nintendo eShop this week – well, twelve if you consider Inazuma Eleven Thunderflash/Wildfire to be separate games – itâ€™s debatable as to how many of these will be of interest to the majority. Our reckoning is four, and thatâ€™s at a push.

Trine Enchanted Edition on Wii U is the undeniable highlight, even if it is a mere remake of an adventure barely five years old. As weâ€™ve mentioned recently though, thereâ€™s clearly demand for remakes, remasters, revamps and whatnot.

In a nutshell, itâ€™s Trine remade using Trine 2â€™s superior engine, complete with an all-new three player online mode. Â£10.99 is the asking price unless you already own Trine 2 on Wii U, in which case itâ€™ll only cost Â£8.79. 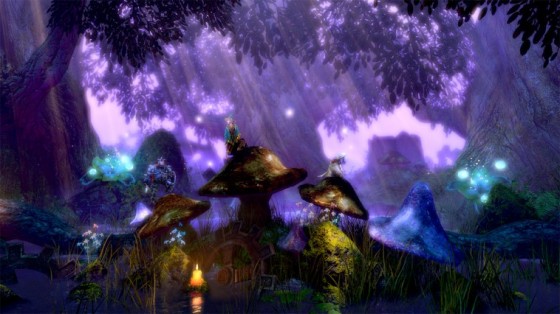 For a second week running thereâ€™s just one new Virtual Console release. This week – the GBAâ€™s Mega Man Zero 3 (Â£6.29) on Wii U. A quick glance at eBay reveals it to be one of those GBA titles thatâ€™s worth a tidy sum nowadays, and so weâ€™re confident in saying that more than a few gamers out there will be glad to see it granted a re-release.

Another new release of note is Inazuma Eleven GO Chrono Stones: Wildfire/Thunderflash, both of which are also heading to retail this Friday. Review scores for Nintendoâ€™s latest soccer RPG have mostly been around the 7/10 mark, with praise handed out for the pleasingly surreal – if occasionally confusing – time travelling storyline. Word has it though that this isn’t aimed at franchise newcomers. Thereâ€™s still no online play either. 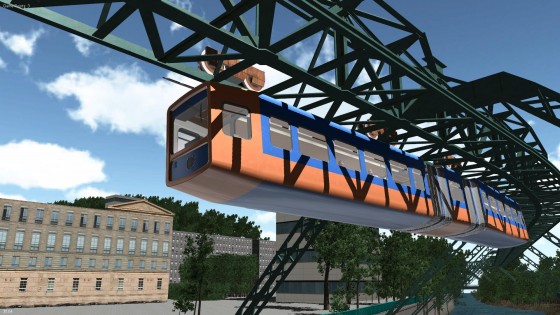 Going back to Wii U releases for a moment, Suspension Railroad Simulator (Â£5.99) is making a surprise stop. Over 82,000 German citizens use the Wuppertal Suspension Railroad per day. Hereâ€™s your chance to drive it. Over on PC this was granted a retail release. Nothing remarkable about that, though.

Now back to 3DS releases to round the week off. Jet Dog (Â£7.19) sounds like itâ€™s another Flappy Bird varient, and an expensive one at that, while Excave (Â£4.49) is an apparently dull – but not massively flawed – 2D RPG. Oddball cooking/RPG hybrid Adventure Bar Story (Â£3.99) would appear to be a far better way for fans to spend their cash. It bagged 7/10s from both Nintendo Life and Nintendo Enthusiast. Thereâ€™s also Titanic Mystery (Â£4.49) on DSiWare (Â£4.49). Weâ€™re willing to bet our last fondant filled egg that it’s another one of those hidden object things.