Usually the last Friday of the month sees a slew of new releases, but with next week looking reasonably busy it would appear the likes of EA, Square-Enix and Nintendo have settled for the week before payday.

Just like last weekâ€™s Ori and the Blind Forest, EAâ€™s Battlefield Hardline is another that was delayed from the end of 2014 until the present. Word has it that itâ€™s off to a far smoother launch than Battlefield 4 – numerous critics report that they didnâ€™t come across any online issues when playtesting. On a less positive tone, word also has it that itâ€™s not a patch on the last Battlefield.

â€œHardline might not reinvent the wheel the series rolls on, but it certainly makes it spin a whole lot smoother. Speeded up gameplay, an opened-up single-player, and a robust suite of new multiplayer modes lends itself to the best Battlefield to dateâ€”though thatâ€™s not saying much, a decade later,â€ said EGM. Giant Bomb went for another wheel-based analogy, presumably because sports cars feature this time round: â€œBattlefield Hardline is hardly a disaster, but it feels like a franchise spinning its wheels with minor adjustments, rather than truly advancing forwardâ€. 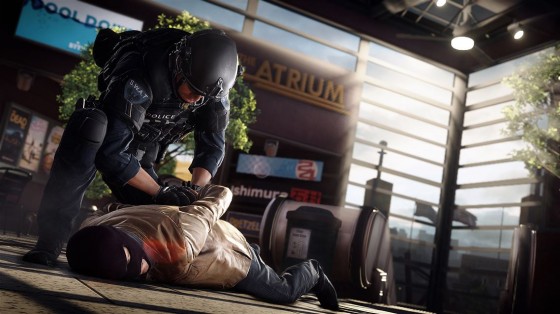 Weâ€™ve seen a lot of games with mixed reviews of late, but critics seem to agree that this isnâ€™t the reinvention of the franchise that many were expecting. Theyâ€™re also in agreement that the single-player mode isnâ€™t worth the asking price alone. Shame – we rather enjoyed the single-player campaigns in both Battlefield 4 and Battlefield Bad Company 2.

Not one but two RPGs are out this week as well – Final Fantasy Type-0 HD (PS4, Xbox One) and The Awakened Fate Ultimatum (PS3). Type-0 HD has a whiff of â€œWe need to get a Final Fantasy game on current-gen consoles pronto!â€ about it, but with a wealth of 7/10 and 8/10 reviews behind it we arenâ€™t going to grumble too much. To expand upon that, IGN gave it an 8.0 – â€œType-0â€™s gritty tone, fast-paced action, and strategic approach to time management is a welcome change of pace from the usual Final Fantasy experienceâ€ – while OXM UK gave it 3.5/5. â€œType-0 is a modern Final Fantasy, with all the good and bad that entails. However, it’s also a pretty good JRPG, on a system where they’re not exactly bursting at the seamsâ€ they said. 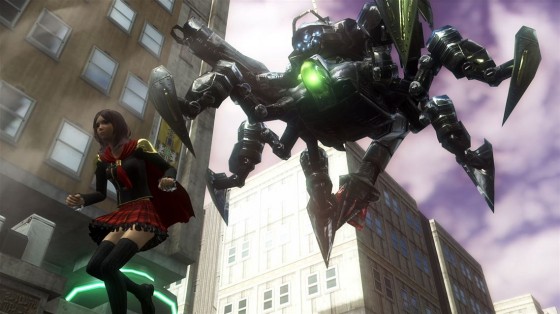 The Guided Fate Paradox sequel The Awakened Fate Ultimatum meanwhile has arried to an incredibly mixed reception – scores vary from 4/10 (PlayStation Universe) to 95% (Game Over Online). As much as we’d like to, we canâ€™t help with a purchasing decision here. So sorry about that.

As mentioned in our Nintendo eShop round-up from a few days ago, Mario Party 10 is another gaining some mixed reviews. Predictably mixed, as always is the way with Mario Party. To quote ourselves – â€œeverything from 9/10 (God is a Geek) to 2/5 (Digital Spy). 6/10 seems to be the medium score though, as handed out by Destructoid, The Metro, Game Informer and numerous othersâ€. 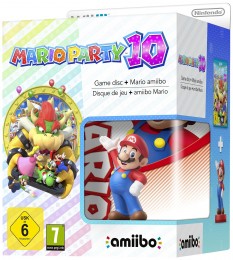 Amazon are currently selling it for Â£34.99 with the new Mario amiibo figure. If you feel that you have enough plastic tat cluttering up the place, the game itself can be had for Â£24.99 from Zavvi.

Then we have the complete Resident Evil Revelations 2 collection, available for around Â£24.99. We gave the first episode a solid 7/10. Reviews of the whole shebang are thin on the ground but later episodes are said to be better than the first. The update that adds online play should be available round about now too.

The final retail release of the week is Bladestorm: Nightmare. We know thereâ€™s a demo available on Xbox One as we gave it a quick whirl, but weâ€™re unsure if PS4 owners are able to try before they buy. Just like Mario Party 10, this is one of those games that youâ€™ll instinctively know if youâ€™ll enjoy or not before even removing the cellophane.

Over on the download services the short but sweet Tales from the Borderlands â€“ Episode 2: Atlas Mugged is causing a stir. We get the impression that the first episode didnâ€™t perform quite as well as expected, and so Telltale has pulled out all the stops to get the series back on track. The Xbox One also gets Fruit Ninja Kinect 2 (Â£11.99) while 5 Star Wrestling (Â£19.99 – PS3), Hustle Kings (Free – PS4), and retro shooters Soldner-X 2: Final Prototype (Â£7.99 – PS Vita) and Jamestown+ (Â£8.99 – PS4) head to PSN.

It looks like thereâ€™s a new Cabela hunting game out too. Cabelaâ€™s African Adventures, to use its full name, is out now on PS4 for Â£34.99 with an Xbox One release presumably due to follow. Maybe even as soon as tomorrow. Bet you’re well excited.